Tula Pahate Re 19 July 2019 Written Update: Vikrant Exposed In Front Of Everyone

In Tula Pahate Re, Vikrant admits his crimes in front of everyone. 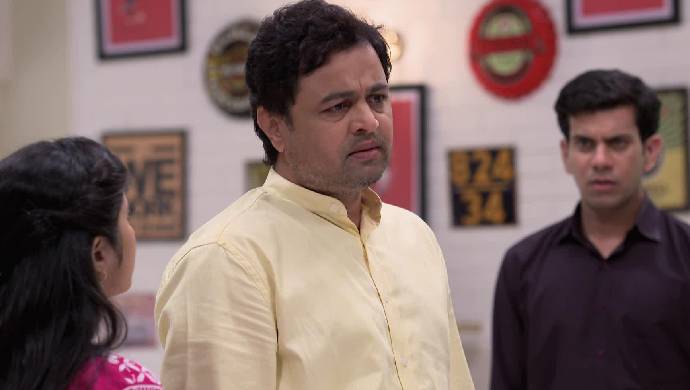 In the recent episode of Tula Pahate Re, Isha, who is wearing Rajanandini’s dress, makes Vikrant confess to killing Rajanandini. As he does so, the lights are turned on and everyone, including Mr and Mrs Nimkar, hears Vikrant’s confession. Isha tells Aaisaheb that Dadasaheb death wasn’t her fault but it was a murder by Vikrant. One by one, Isha goes to everyone proving Vikrant used them for his benefit.

Vikrant admits that he has wronged all of them but he is still full of pride. He proclaims that they can’t jail him for his crime because they don’t have any proof. He says the level at which he has taken the Saranjame business, no one else could have done it. Vikrant humiliates Mr Nimkar for not teaching his daughter to dream big. Further, he narrates his backstory and says even he had struggled for a meal once upon a time. Finally, he cries about his mother’s death which happened due to lack of money. This incident affected him so badly that he decided to earn money in the worst ways possible.

Vikrant, then, goes to Rajanandini’s room to mock her death. He insinuates that he doesn’t mind killing Rajanandini again in Isha’s form. Meanwhile, Sonya is deeply shocked after hearing Vikrant’s confession. She didn’t think reincarnation was possible and admits that she was wrong. Along with Sonya, even Mr Nimkar is shocked and he apologises to Isha. Her parents suggest that they go back to their house along with Isha. But, she refuses to run away.

During this, Vikrant calls Isha on the terrace and she agrees to meet him.