In Tula Pahate Re, Jhende and Myra are tired of Vikrant's careless behaviour towards the company. Meanwhile, Isha starts ignoring Vikrant. 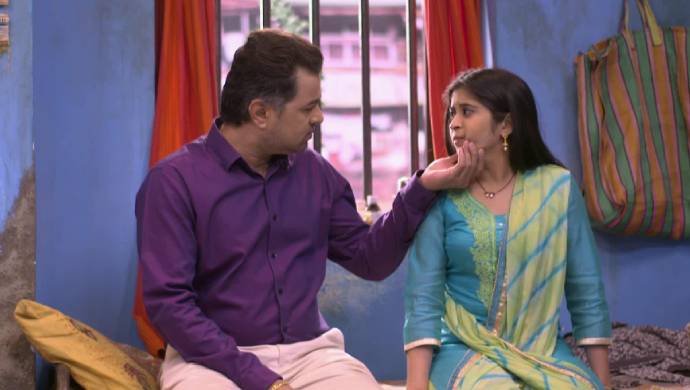 In Tula Pahate Re‘s episode, Isha is down with high fever. During this time, she sees Rajanandini who is smiling at her in the dream. Isha wakes up screaming and she is soothed by Mrs Nimkar. Meanwhile, Jhende again encourages Vikrant to kill Isha but the latter confesses his love for her.

In today’s episode, Mrs Nimkar reveals Isha had a real sister but she passed away during infancy. Isha is shocked to know about this as she has never been told by her parents. Mrs Nimkar tells Isha’s father that their daughter knows about her sister. As Isha and Mrs Nimkar are talking, Vikrant enters from the door. He inquires about Isha’s condition but she starts avoiding him. But, he realises her awkward behaviour. During this time, Isha starts thinking about the real identity of Vikrant. She is hurt. Vikrant says he hasn’t been able to sleep for the past two days. He urges her to tell him what she is thinking but Isha doesn’t reply. He confesses that he is lost and he can’t live without her. He, then, walks out of her house.

In the office, Myra is furious that Vikrant didn’t go for the award function. She doesn’t want the company to face losses because of this. Jhende conveniently blames Isha for the behaviour. Meanwhile, Isha tells Rupali and Bipin the reason she fell ill. She says she can forget the face which she saw in the plate full of water. Bipin suggests they draw the face which Isha saw. On the other hand, Vikrant is disturbed with Isha’s behaviour. He discusses this with Jhende who asks him to abandon her. Vikrant says he has feelings for Isha.

Ring In Your Weekend With ZEE5 Original Thriller Zero KMS