In Tula Pahate Re, Vikrant murders Rajanandini as she screams the same words what Isha screams in her nightmares. 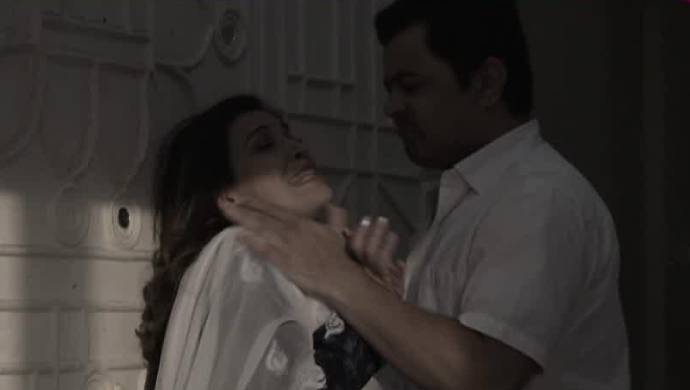 In the latest episode of Tula Pahate Re, from the postmortem reports Rajanandini gets to know that Dadasaheb died due to a wrong medicinal dose administered to him. She, then, regrets her decision of marrying Vikrant and remembers the warnings by Dadasaheb. She decides to avenge her father’s death by submitting proofs against Vikrant to the police. She gives Vikrant a headstart of running away. However, he doesn’t take that option and decides to do something that he never wanted to do.

Even though Rajanandini is reluctant to meet her husband on the terrace, he somehow convinces her. He says not everything he told her has been lies, his love for her was true. Rajanandini gives in and meets him on the top. As they come face to face, he starts patronising her as she has to step back. She tries to escape his grasp but Vikrant chokes her as Rajanandini screams ‘vachva vachva‘. In the next scene, Isha wakes up screaming the same words.