In Tula Pahate Re, since Jhende has proof against Isha, she decides to keep his men from meeting Vikrant. 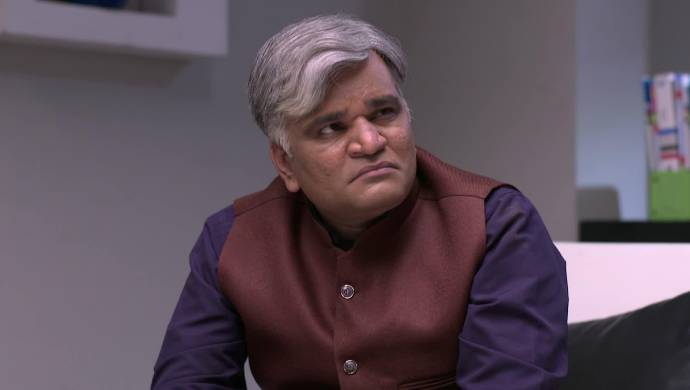 In the recent episode of Tula Pahate Re, Isha gets a special tiffin for Vikrant. She cooks all that items that Vikrant likes, along with that she gets a meal for Jhende too. Isha cunningly asks him to ask Jhende as Vikrant obediently agrees and calls Jhende who is busy torturing Sarjerao. Vikrant is very impressed by Isha’s cooking as he keeps falling deeper in love with him.  At home, Sonya is confused with by Isha’s erratic behaviour. She doesn’t understand why Isha is suddenly being sweet towards Vikrant after trapping him. Sonya tells Mr and Mrs Nimkar that their daughter’s mental illness is aggravating.

At the office, Myra taps Jhende’s exact location when Vikrant calls him. Isha tells Jaydeep and Myra that Vikrant and Jhende are taking advantage of Sarjerao Kaka’s weakness.  After Jhende comes to the office, Vikrant gets angry that his best friend is speaking against his wife. In his head, Jhende challenges that Isha’s facade will be destroyed in front of Vikrant.

Jaydeep rescues Sarjerao Kaka who is traumatised after the beatings. He is crying and shaking as Jaydeep takes him home safely. Jhende tells Isha that he will take her down and always be loyal to Vikrant. He also mentions that he has got the proof of what he wanted from Sarjerao to show it to Vikrant. After talking to Jhende, Isha goes to Myra. They both decide when Jhende’s men reach the security point, they will stop them from meeting Vikrant. At the same time, Isha and Myra will keep Vikrant and Jhende busy with work.