In Tula Pahate Re, as Rajanandini threatens to arrest him, Vikrant decides to wipe her off. 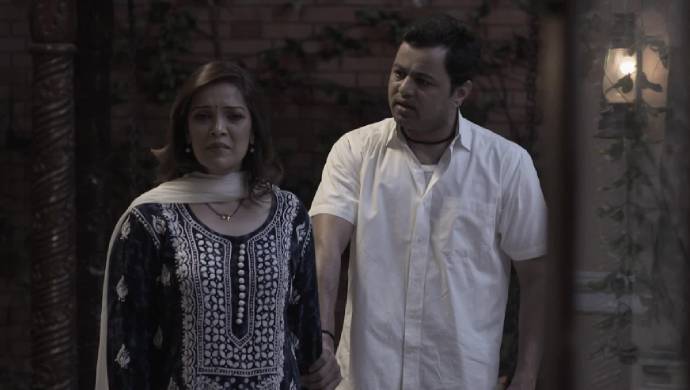 In the recent episode of Tula Pahate Re, Rajanandini’s goes to get Dadasaheb’s postmortem reports as she wants to verify the information told by Jalinder. She realises the death took place due to the wrong medicine administered to him. Meanwhile, at the office, Mr Paranjpe is trying to bait Jhende as planned by Rajanandini. Jhende falls for the bait and tells wrong information to Vikrant saying that Rajanandini has gone to meet the police. However, Vikrant is too overconfident to be bothered.

Rajanandini is too shaken after seeing the truth. She regrets trusting Vikrant and apologises to Dadasaheb mentally. Looking at her crying, even Aaisaheb breaks down. During this, Mr Paranjpe comes to tell Rajanandini that they will meet at night to discuss work, this makes Aaisaheb fishy as she questions Rajanandini. In the next scene, as Jhende and Vikrant are playing carrom, the latter is boasting about his success in controlling the Saranjame estate.

During this, a man comes and keeps a tape recorder. This has a recorded tape of Vikrant and Jhende which has them planning and plotting. Jhende and Vikrant are worried as they hear Rajanandini’s voice. This tape is sent by her as she says she has made a mistake by trusting him and has gotten a punished for it, too. Finally, Rajanandini says since she loves him she is giving him a headstart to run away as she is going to submit these proofs against him to the police.

Vikrant refuses to run away even though Jhende is scared. He says he has to do something he never wanted to do. Vikrant, then, calls Aaisaheb saying he is going to Bangalore for a couple of days. Meanwhile, he calls Rajanandini and pleads her to hear him out. He tells her that his love for him wasn’t a lie and asks her to come to see him on the terrace. Although reluctant, she goes to meet him after Vikrant convinces her.

What do you think will Vikrant do in the next episode? Let know your thoughts in the comments below.

If you have loved watching this show, check out Aamhi Doghi streaming free on ZEE5 for more entertainment.