Tula Pahate Re 17 June 2019 Written Update: Sarjerao Kaka Gets Beaten Up By Jhende

In Tula Pahate Re, in order to reveal to Vikrant about Isha's truth, Jhende beats Sarjerao up. 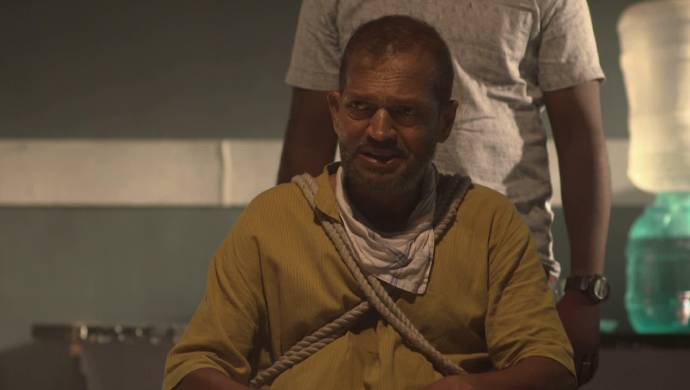 In the recent episode of Tula Pahate Re, Aaisaheb calls up the lawyer to change the property in Isha’s name. According to Isha’s plan, she wants to win Vikrant’s trust for which she has to take this step. Aaisaheb feels bad that Rajanandini was killed for this property. Jaydeep feels this wasn’t a mistake at Vikrant’s hands, it was a plan which he had decided properly. Sonya overhears this conversation and thinks she is surrounded by stupid people.

Isha acts normally around everyone and inquires about Sarjerao Kaka’s family. Isha sends him and Manda to get vegetables as Sarjerao Kaka is kidnapped by Jhende’s men. Meanwhile, Jhende and Myra have an argument as he threatens her. Jhende tells Vikrant that Isha has deleted his call from the log book in the phone. Jhende doesn’t have the proof to prove it and Vikrant doesn’t believe him.

Vikrant tells Jhende that Isha is transferring all the property in her name. Vikrant says he has full faith in Isha who won’t backstab him. Meanwhile, Isha is worried about Sarjerao Kaka who has returned from the grocery shopping trip. During this conversation with Aaisaheb, Manda tells Isha and her that Sarjerao Kaka is kidnapped. Isha stops them from going to the police as Vikrant will start doubting her.

In the next scene, Sarjerao Kaka is tied up and beaten. Jhende threatens to beat him even more if he doesn’t tell about Isha’s link to Rajanandini. Meanwhile, Isha and Jaydeep go to the office to meet Myra. The three of them decide to tap Vikrant’s phone as he will go to meet Jhende.

Tula Pahate Re 18 June 2019 Preview: Sarjerao Kaka To Be Brought To The Office?