In Tula Pahate Re, she goes to meet Jalinder who tells her the story of Dadasaheb's murder. 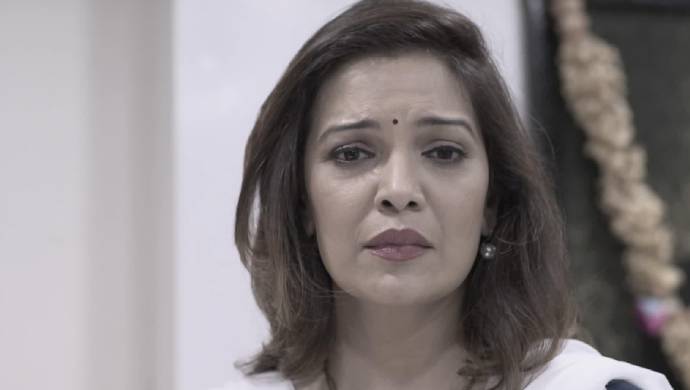 In Tula Pahate Re’s recent episode, Jalinder’s arrest gives Vikrant the overconfidence to take over the company. He, then, goes to take Dadasaheb’s photo from the wall. Vikrant throws the flowers which are kept near Dadsaheb’s photo instructing everyone to not get it in office. Everyone including Jhende is horrified at Vikrant’s whimsical behaviour. He tells everything in the office will happen according to his saying.

The next day, Rajanandini is taking tiffin for Vikrant to office. After reaching there, she realises the photo frame is absent as Mr Paranjpe tells her it is Vikrant who removed it from the wall. Rajanandini is shocked to hear. After this, she remembers Jalinder’s words to her. She goes to meet Jalinder in jail. He tells Vikrant planted Shirpurkar’s wallet in his house which made the cops arrest him. He reminds Rajanandini that he had met Dadsaheb before his death. Dadsaheb told Jalinder that he has proof that will arrest Vikrant and keep him away from Rajanandini.

Jalinder tells Rajanandini that the true reason behind Dadasaheb’s death was the switch in his medicines. It was Vikrant who did it. Rajanandini starts crying after knowing this as Jalinder tells he found out about the true postmortem reports. Jalinder swears to take revenge on Gaja Patil as he destroyed his family and his business. Rajanandini returns and hangs the photograph back in its place. She starts thinking about Dadasaheb who lost his life because of Vikrant.

Rajanandini calls Mr Paranjpe and asks him to record Vikrant and Jhende’s conversation. She wants to catch them off guard and handle the situation further. After this conversation, Rajanandini goes to take Dadasaheb’s postmortem reports.

Mazhya Navryachi Bayko 17 May 2019 Preview: Shanaya Gives A New Clue To The Police

Tula Pahate Re 17 May 2019 Preview: Vikrant And Jhende To Get Arrested?