In Tula Pahate Re, since Jalinder is against Vikrant, he decides to throw him out of his way. 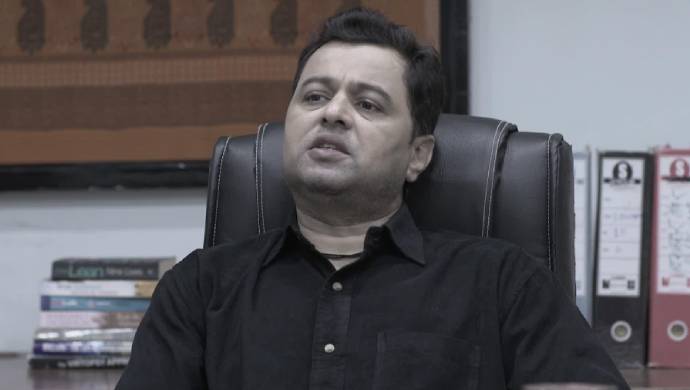 In Tula Pahate Re’s recent episode, Vikrant has sent Jhende behind Rajanandini to hear her conversation with Jalinder. To prove the things that he has told her is true, Jalinder gives her Shirpurkar’s number. Vikrant then instructs Jhende to kill him off before Rajanandini reaches him and gets to know the real face of her husband. As Rajanandini returns home from the meeting she asks to be left alone. She can’t stop thinking about Jalinder’s words. She wonders if she should trust Vikrant any further.

Rajanandini calls Shirpurkar to confirm the news told to her by Jalinder. As they are on the call, Jhende comes from behind and murders him. She is shocked by this. Meanwhile, Vikrant tells Jhende this is only just the first murder, there are many more to happen. Jhende is horrified by this statement. Vikrant says if he has to reach on top this is will be a part and parcel of the job. Jhende replies that Rajanandini doesn’t trust him anymore but Vikrant isn’t surprised by this.

Vikrant confronts Rajanandini and tells her he knows Dadasaheb didn’t include him in his will. He explains that he insisted Dadasaheb to not give him any chunk of the property. Vikrant lies that he just wants to help the company grow and doesn’t have the greed to want any part of it. After hearing this, Rajanandini is left in tears as she feels that her father trusted her husband so much.

The next day in the morning, Rajanandini tells Aaisaheb how nice Vikrant is. She says she wants to support him fully in the business venture. Sarjerao Kaka is feeling very guilty as Rajanandini asks him about his son. His reaction makes Rajanandini suspicious again as she decides to get to the root of the matter. Meanwhile, Vikrant tells Jhende that he has manipulated Rajanandini once again and now she fully trusts him. They want to do something about Jalinder who is a threat to them. They want to hold Jalinder responsible for the murder committed by Jhende.

For more entertainment, check out the thrilling story of Ratris Khel Chale streaming free on ZEE5.