In Tula Pahate Re, Jalinder calls Rajanandini asking her to meet him. He then reveals the frauds Vikrant has done in the past. 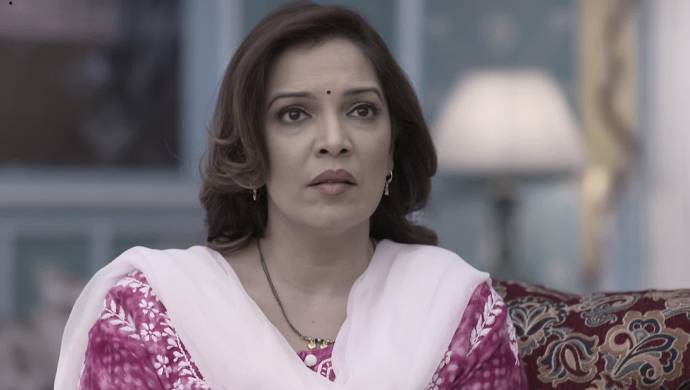 In Tula Pahate Re’s recent episode, Vikrant is angry that Rajanandini transferred all the property in Aaisaheb and Jaydeep’s name. He informs this Jhende and assures him that he will never lose. As they are discussing this, Jogwin comes to visit Rajanandini at the bungalow. She realises Dadasaheb has passed away after seeing Rajanandini’s upset face. She tells Jogwin that Dadasaheb left a lot of questions behind. Jogwin warns Rajanandini asking her to not trust anyone around her.

The next day, Vikrant goes to visit Saranjame’s lawyer and tries to pester him to not change the property in Aaisaheb and Jaydeep’s name. He portrays that he has come on Rajanandini’s behalf but the lawyer refuses to talk to Vikrant. In turn, the lawyer tells Vikrant that no matter what he cannot gain control over Dadasaheb’s business as per the clause in the will. Vikrant is shocked to hear this. Meanwhile, at home, Jaydeep cannot stop asking about his father. Rajanandini bravely tells him the truth.

At home, Rajanadnini gets a bouquet of flowers from an unknown person. The note asks Rajanandini to meet that person at the given address at a particular time if she wants to know the mystery behind Dadasaheb’s death. Reading this, she gets anxious. Meanwhile, Vikrant and Jhende are talking about the new clause that he got to know from the lawyers. He tells Jhende that he will keep impressing Rajanandini and pretending to love her for the rest of his life for her property.

Rajanandini doesn’t know whether to trust the note. But, she decides to go. In the evening as she is about to go, Vikrant gets her surprises but she refuses to acknowledge that saying she needs to be somewhere. Vikrant sends Jhende behind her as Rajanandini meets Jalinder who talks about his company shutting down. He accuses Vikrant of the frauds that he did in his company and says even Dadasaheb knew the kind of person Vikrant was. Rajanandini is infuriated after all these allegations against her husband. Then, Jalinder reveals that he suspects her husband of Dadasaheb’s murder.

For more entertainment, check out the thrilling story of Ratris Khel Chale streaming free on ZEE5.