Will Vikrant be able to find Isha in time? 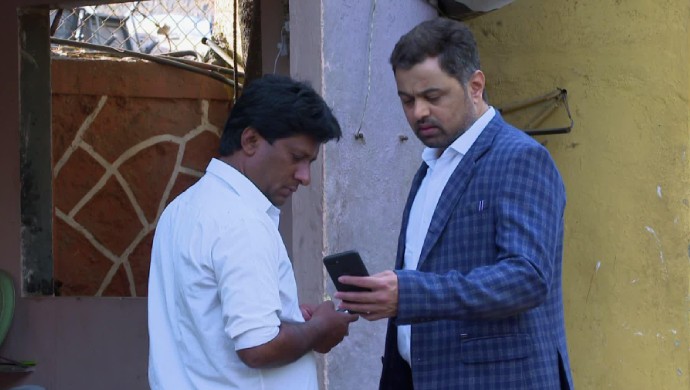 Mr Nimkar is worried about Vikrant and Isha’s relationship, but Mrs Nimkar explains to him that this is a scenario in every marriage. She tries to calm down his anxiety in the recent episode of Tula Pahate. Slowly, he laughs it off. Meanwhile, Vikrant tells Jhende that Isha is still fuming at him. Jhende reverts saying Isha can never be Rajanandini. Like Vikrant’s first wife, she isn’t going to forgive and forget it. Isha is a typical wife.

Isha and Rupali meet and discuss Vikrant’s return. Rupali teases Isha that she has become a typical wife but she replies saying no love story shows the hero-heroine after they get married. As they are talking, Vikrant calls Rupali and she is forced to disclose to Isha that he had told her to convince Isha. This angers her as she asks Rupali to lie to him that they didn’t meet and she doesn’t know where she is. Rupali does as told. The next day, Vikrant comes to Isha’s parents’ place to meet her. But, they inform him that she has already left to go to his place.

Vikrant then confronts Rupali face to face. After her rudely asks her about Isha, she breaks down and tells him the truth that they had met last night. He is angry at her and worried about Isha’s whereabouts. At the Saranjame bungalow, everyone is concerned about Isha. Sonya taunts Aaisaheb for Vikrant’s immaturity and asks her to warn him. As Vikrant comes home, Aaisaheb asks him where he was all this while, but he is too engrossed in thinking about Isha and walks out of there. After he comes back, Aaisaheb tells him Isha is their responsibility, he should have taken better care of her. Just because they are used to seeing him disappear, Isha still isn’t and she is very young. Finally, she threatens him if something happens to Isha, she will never forgive him. Aaisaheb stops Jaydeep and Sonya from filing a police complaint.

Vikrant goes on roads and keeps looking for Isha. Meanwhile, Sonya is happy that Aaisaheb finally stood up to Vikrant. She feels that this was required because of Vikrant’s erratic behaviour. Jaydeep stops her from talking ill about his brother. But, Sonya says they don’t see him beyond their love for him. On the other hand, Aaisaheb goes to Vikrant’s bedroom and meets Isha who apologises to Aaisaheb for making her be rude to Vikrant. Isha convinces her that this will be good in the long run. Aaisaheb feels that she has been too blunt with her son who does everything for this family.

What do you think will happen in the next episode? Do let us know your thoughts in the comments below.

Meanwhile, if you have enjoyed Subodh Bhave in this character, check out his superhit comedy film Hapus streaming free on ZEE5.

Watch The Dramatic Story Of A Cabaret Dancer In This ZEE5 Exclusive Movie!