In Tula Pahate Re, as Vikrant and Jhende decide to tackle Isha, they are also eagerly waiting for what Myra has to say. 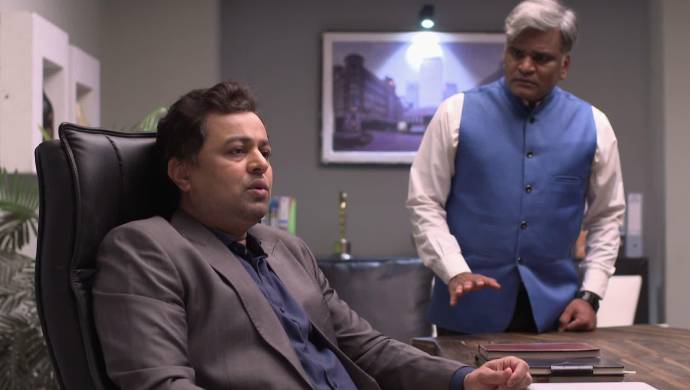 In the recent episode of Tula Pahate Re, Myra summons Jhende in her cabin and tells him that Vikrant has returned from his long trip. At home, Vikrant is worried after experiencing cold behaviour from everyone. He feels it is because he went to the conference without giving anyone a prior idea. Meanwhile, Isha seductively tries to impress Vikrant just to stop him from meeting Myra. She doesn’t want Myra to reveal her truth to Vikrant who will get an idea.

Even though Isha tries to get close to Vikrant, there is a distance in a body language. As Vikrant walks out to go, Isha gives a call to Jaydeep to warn him of the situation. But, Vikrant turns and spots Isha on the call and she has to quickly hang up. Meanwhile, Mr and Mrs Nimkar are wondering about their changed outlook about Vikrant. During their conversation, Sonya enters and asks them about Isha’s erratic behaviour towards Vikrant. She again tries to prove to Isha’s parents that their daughter is suffering from a mental illness.

At office, Jhende updates Vikrant about Isha’s situation while in his absence. Vikrant takes this as a positive sign as he always wanted to prove that Isha is Rajanandini reincarnated form. Vikrant is shocked after knowing that Jaydeep filled in Vikrant’s place as this alerts him.

Jhende comes to Myra’s part where Isha had taken her for dinner. Vikrant says Myra can’t go against him as she is in love with him. He adds that since they have already made Myra sign on the illegal documents, they can always trap her. He says he has only made her believe that she runs the business, but in reality, she doesn’t. Myra overhears this conversation.

Tula Pahate Re 14 June 2019 Preview: Will Myra Side Vikrant?