In Tula Pahate Re, Myra doesn't believe in the proofs presented by Isha. She decides to reveal Isha's truth to Vikrant who has returned. 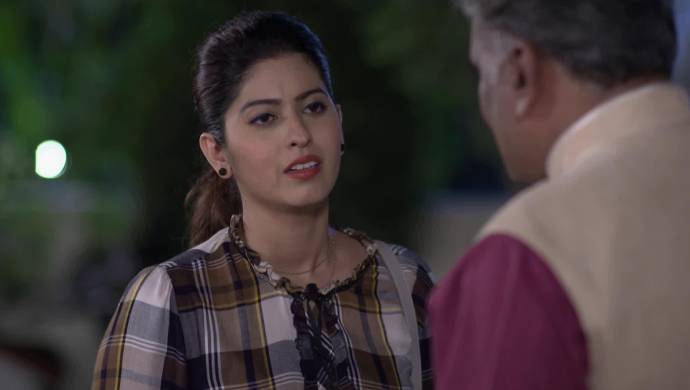 In the recent episode of Tula Pahate Re, Isha gives Myra the file that has fraud projects approved by the latter. Myra is shocked as Vikrant and Jhende have made her sign on those paper unknowingly. She realises that she has been conned by two people whom she had believed the most. Isha tells even in Rajanandini’s time, Vikrant had done the same thing. But, Myra doesn’t believe it and tells Isha that she loves Vikrant and she is going to ask him about this. Although Isha pleads to have faith in things that she has told, Myra says Isha doesn’t deserve her surname. Then, Myra meets Jhende and their conversation is eavesdropped by Sarjerao Kaka.

Jaydeep is furious at Myra for believing in Vikrant. He wants to lodge a police complaint against Vikrant. He and Isha are worried that Myra will go and speak to Vikrant about Isha’s real plan. Isha doesn’t want to go to the police as she feels Vikrant would still be able to find his way out.

Sonya tells Mr and Mrs Nimkar that their daughter met Myra. Sonya is furious at Isha’s parents for revealing the truth to Aaisaheb. Meanwhile, at night, someone enters the bedroom as Isha is sleeping. She hears the movements and gets hold of a scissor kept next to her bedside. As she is about to attack, Vikrant comes into view and he is surprised after seeing this fierce side of Isha.

The next morning, everyone is cold towards Vikrant as he wonders why. Isha and Jaydeep plan to keep Vikrant at home and away from Myra.

Mazhya Navryachi Bayko 13 June 2019 Preview: Gurunath Tries To Save Himself?

Tula Pahate Re 13 June 2019 Preview: Myra Gets To Know Vikrant's Real Side?