In Tula Pahate Re, Isha wants to change Myra's bad behaviour as she invites her for dinner. 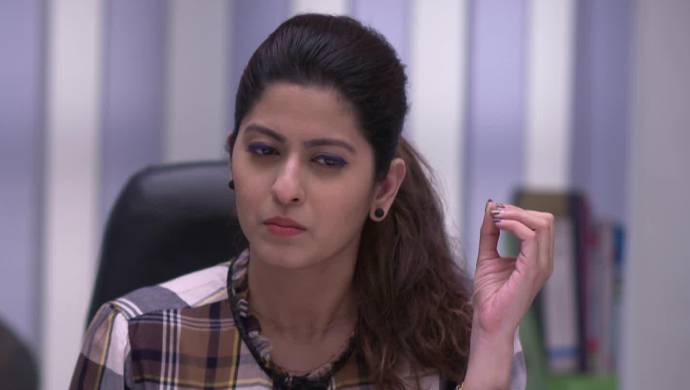 In the recent episode of Tula Pahate Re, Sonya goes to Aaisaheb to ask about Isha’s Tanmani. Aaisaheb tells her to ask Isha’s permission for that jewellery. Sonya doesn’t want to ask Isha about it directly as she requests Aaisaheb to do so on her behalf. After calling Isha, she gives her permission and Aaisaheb and Sonya start looking for the Tanmani. During their search, Aaisaheb finds the fake birth certificate with the wrong birth year. With the help of Mr and Mrs Nimkar, Sonya lies to Aaisaheb about Isha’s birth year.

At the office, Myra is disappointed that Mr Paranjpe left the office sneakily and abruptly with just an email. She finds it disgusting but Isha and Jaydeep jump to his defence. They tell her maybe he could have had important personal issues as Myra insists to delete his name from the payroll.

After Myra goes away, Isha asks Jaydeep to search for the valid data in the company’s database. After he finds it, Isha invites Myra for dinner and says that she wants to introduce Myra to a person. Although Myra is reluctant, Isha insists her to come for dinner. Following this, Jhende warns Myra to be careful from Isha and to carry a microphone with her.

Isha’s parents are feeling guilty for lying to Aaisaheb about their daughter’s birth date. They confess about their lie while apologising to Aaisaheb. She isn’t angry as she proves to Mr and Mrs Nimkar that even Sarjerao Kaka believes that Isha is Rajanandini’s rebirth.