In Tula Pahate Re, the conman tells Jaydeep that it was Vikrant who deceived him all this time. 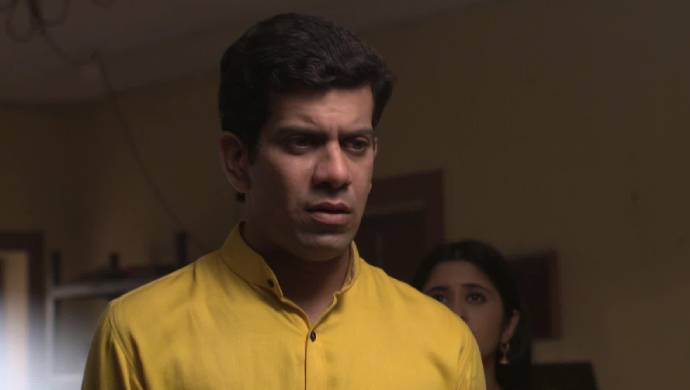 In the recent episode of Tula Pahate Re, a conman comes to Jaydeep to sell his fake product. Jaydeep, being under the influence of the medicine that Jhende gave, agrees to buy the product. But, the conman asks Jaydeep to come down to his godown to pay the money, which Jaydeep says yes to. They make a deal, as Isha and Mr Paranjpe hear this from the microphone. Mr Paranjpe offers to catch that man but Isha stops him and decides to catch the real master of this conman.

After his dealing with Jaydeep, the conman goes to Jhende to tell him about it. On the other hand, Isha’s parents are discussing Sonya’s earlier conversation with them. She had revealed that Aaisaheb and Jaydeep think Isha is Rajanandini’s avatar, this worries Mr and Mrs Nimkar. Meanwhile, Jaydeep goes to the godown to meet that conman. He asks to see the product which is packed in a box, but the conman doesn’t want to show him.

Jaydeep writes a cheque to give it to the conman. As he is about to give the money, Isha comes and stops him. She asks the man to open the boxes and show the products inside it. As he refuses, Mr Paranjpe opens the boxes on Isha’s saying and finds rocks inside it. Isha tells Jaydeep that it was Jhende who has supported him as she asks him to remember all the previous products that this conman has sold to him.

Isha threatens to call the police as Jaydeep gets furious. The conman pleads to let go of him and he reveals Vikrant’s name. Jaydeep can’t believe his ears and goes to beat the conman. He tells Jaydeep it was Vikrant who was the mastermind behind giving him medicines. The money Jaydeep gave to the conman went to Vikrant’s account. Meanwhile, Jhende is celebrating with Myra for conning Jaydeep.

What do you think will happen in the recent episode? Let us know your thoughts in the comments below.