Tula Pahate Re 1 April 2019 Written Update: Vikrant Gives The Keys Of His Room To Sonya?

Mr Paranjpe and Sarjerao Kaka withhold the information from Isha. 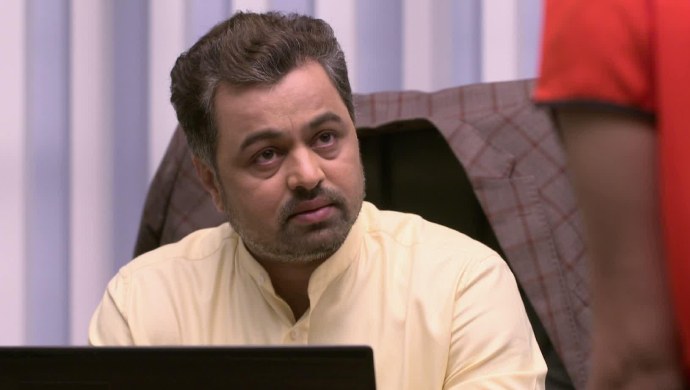 In the recent episode of Tula Pahate Re, Vikrant, who has just gotten back from a run, spots Mrs Nimkar and Sonya outside his bedroom. Sonya and Isha’s mother make a reason that they were going for a walk that’s why they were looking for Isha in his bedroom. Meanwhile, as Isha is still thinking about Gaja Patil, she decides to ask Sarjerao Kaka, if Gaja Patil is related to their house. Sarjerao Kaka lies to her saying that he doesn’t know anything. He starts talking good things about Vikrant and then quickly escapes.

Vikrant is suspicious about Mrs Nimkar and Sonya’s behaviour. So, he goes to check where the keys of his special room are hidden well. On the other hand, Mrs Nimkar and Sonya go forge the keys of that room. During this, Mr Nimkar calls and warns Mrs Nimkar against interfering in Isha’s family matters. Mrs Nimkar feels guilty and gets out of there with Sonya. Meanwhile, Isha inquires about Gaja Patil to Mr Paranjpe. But, like Sarjerao Kaka, even he withholds the information.

Vikrant confronts Isha about the room. He shows her the keys with the remaining soap. The remains of the soap stick when Mrs Nimkar and Sonya come to forge the keys. As he is shouting, Mrs Nimkar interrupts from behind. She apologises and reveals the whole truth to him. Mrs Nimkar, also, drags Sonya in this situation. Emotionally blackmailing them, Vikrant asks Mrs Nimkar to go and check the room just to satisfy her curiosity. At office, he tells Jhende about this incident. Jhende is furious that Vikrant has given the keys. But, he says Isha won’t open the door showing her loyalty to him. Staying true to Vikrant’s prediction, Isha stops Sonya from going to the room.

Myra almost confesses her feelings to Vikrant, again. He tells her that she should take care of all the responsibilities as Isha isn’t coming to office. Vikrant again flirts with Myra. Meanwhile, Isha drops her mother at home. Mrs Nimkar keeps apologising to Isha, but she is still angry. Mr Nimkar overhears this conversation and gets irritated at Isha’s mother.

Tula Pahate Re 2 April 2019 Preview: Vikrant To Trap Sonya In His Plan?