Tula Pahate Re 1 April 2019 Preview: Who Will Save Isha From Vikrant’s Anger?

Isha gets blamed for Sonya and Mrs Nimkar's mistake. 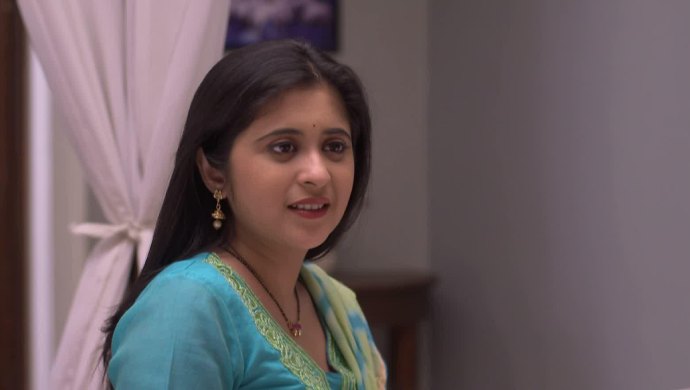 In the latest episode of Tula Pahate Re, Vikrant tells Jhende that they have to wipe out Gaja Patil from everyone’s memory.  He and Jhende have to take care of Sarjerao Kaka and Mr Paranjpe who know the that Gaja Patil is Vikrant. So, Jhende threatens Sarjerao Kaka by involving his family. The latter promises Jhende that he will keep Gaja Patil a secret. Along with him, Jhende also calls Mr Paranjpe to warn about the consequences of blurting out Gaja Patil’s name. Meanwhile, Sonya and Mrs Nimkar are trying to forge the keys of Vikrant’s special room.

Watch the spoiler below:

As predicted by Vikrant, Isha goes to Sarjerao Kaka and asks him about Gaja Patil. But, he doesn’t reveal anything to her. On the other hand, Vikrant asks Isha if she doesn’t trust him, then, he shows the soap marks on the keys of his special room. Mrs Nimkar sees this and quickly interrupts.

Will Vikrant come to know the real truth? Let us know your thoughts in the comments below.

For more entertainment, check out the fun love triangle of Chitra Vichitram exclusively on ZEE5.

You Will Laugh Till Your Stomach Hurts While Watching Jashn-e-Zindagi, A Story About Youngsters