Traits That Make The Characters Of Sex Drugs & Theatre, Refreshing And Appealing

The series features Suyassh Zunzurke, Mitali Mayekar among others and their characters have quirks that make them stand out. Find out more! 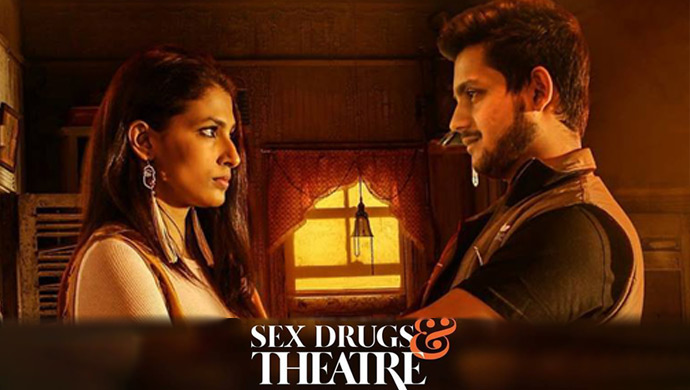 Watch the teaser of the series below:

Considering the huge cast, the series is character- driven where each actor has a back story and certain traits that make his/her role refreshing. Here’s a lowdown on each character and what makes them stand out:

Bhola is Rohit’s (the student who commits suicide, played by Sujay himself) roommate and best friend. He is coping with his buddy’s death and putting up a brave face, despite crying a river inside. Bhola appears as spirited and fun- loving. What makes him a class apart from others is his ‘bindaas’ attitude and accepting nature. Thanks to Bhola, his friends are able to come around and accept Rohit’s death. He is the life of the party and without him, life itself would be dull. And don’t miss his thick curls, that are as eccentric as him!

Rewe is Rohit’s girlfriend and a troubled soul, grappling with his death. She stands out with her bright green streaked hair, nose ring, tattoos and coaled eyes. Rewe is a no-nonsense person who stands for what she believes in. Out of all the characters, she is the most level headed and mature. What makes her unique is her strength and how she bravely voices her opinion.

Sanket is the typical spoilt brat of college who thinks the world revolves around him. He is an influential politician’s son, and by virtue of that fact, has had it easy. He is the head of student council and wants things his way. With his stellar performance, Adish proves that there is no one else who could have essayed this character. Sanket’s sheer arrogance is what makes him intriguing. He adds an edge to the storyline with his habit of creating trouble.

Where the rest of the students are bold and daring in their mannerisms as well as appearances, Abhay seems like he was born yesterday. He is shy and timid. He wears collared shirts, has his hair combed and appears as the signature boy-next-door. But despite his ordinary appeal, Abhay doesn’t get lost in the crowd. He stands out with his powerful poetry and Sufism. He is instantly loveable and one of the most appealing characters on the show.

Mukta’s character may seem like it’s reduced to an eye-candy with the revealing clothes and heavy makeup. But as the series progresses,  it’s evident that her character is layered and she uses her striking appearance as a sign of rebellion. She comes from a simple middle class- family that has its set ways of thinking and functioning. Mukta breaks away from these by doing and wearing what she pleases.

Suraj’s character takes time to develop. By the looks of it, he seems to be a simple man hailing from a poor family. But Suraj has an edge and he’s involved in situations that could land him in serious trouble. He is also hopelessly in love with Mukta but can’t do much as he considers her out of his league. Suraj’s character is perhaps the most relatable, given the complex situations he finds himself in and how he deals with the day-to-day challenges like most of us.

Watch Sex Drugs & Theatre exclusively on ZEE5 here and post your thoughts on who your favorite character is, in the comments section below!

Sai Tamhankar Plays Herself In This Thrilling ZEE5 Original Marathi Series And You Just Can't Miss It!