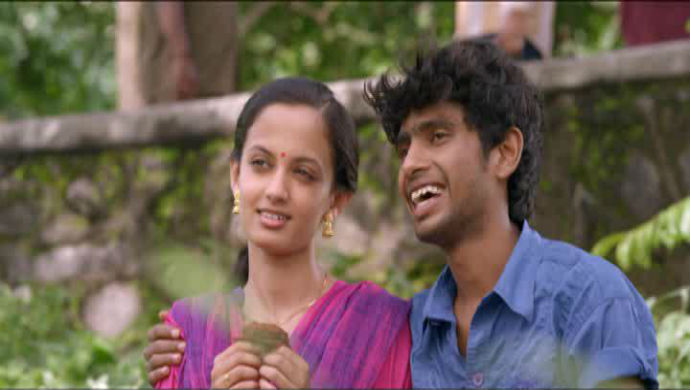 Ravi Jadhav’s Timepass may sound like a typical masala entertainer, but it’s so much more than that. It is a story that has the power of making the most cynical people believe in true love. Starring Prathamesh Parab and Ketaki Mategaonkar, Timepass is the ideal feel-good film you’ve been waiting for. It tells the story of Dagdu, the son of a rickshaw puller, who has been kicked out by his father (Bhau Kadam) after failing his SSC exams. With nowhere to go, Dagdu takes up a job as a newspaper seller, which lands him at the door of Mr. Lele, an ungrateful and strict man who lives life as if meeting permanent deadlines. Lele is an unlikable man and Dagdu joins the list of people who hate him.

Dagdu’s friends convince him that he needs some entertainment and ‘timepass’ in his life that will take his mind off things. They ask him to start dating and soon, Dagdu is on a lookout for his ideal girl. Along comes Prajakta (Ketaki Mategonkar), a sweet and innocent girl who catches Dagdu’s fancy the moment he lays eyes on her. Luckily, Prajakta too falls for him overtime and the two get involved.  But the twist in the tale comes in when Dagdu finds out that she is the daughter of his arch nemesis Mr. Lele.

We are then taken on a journey of how the two lovebirds protect their love story from the unbelieving. Many factors make Timepass a must-watch starting with Prathamesh’s stellar act. He is convincing as the slumdog Dagdu who may not be the most talented kid on the block, but knows how to be with his woman through thick and thin. He is kind, caring and innocent, which makes him an endearing and instantly likable character. Prathamesh stands out with his comic timing and leaves a lasting impression in emotional scenes too. Watch out for the one where he breaks down while performing a skit in front of his college friends.

Ketaki holds her ground as the girl-next-door Prajakta. Her father Mr. Lele is played by Vaibhav Mangale who does justice to his eccentric character. Another appealing factor about Timepass is the chemistry shared between Ketaki and Prathamesh. They don’t complement each other physically, yet fit perfectly. The actors are a refreshing pair and set an example with their performances.

Timepass also boasts of certain heartwarming scenes, one of them being where Prajakta and Dagdu are eating ice-cream together. She drops hers accidentally and he pretends to do the same, to give her company. In another scene, Mr Lele is travelling by a rickshaw, which is being ridden my Prathamesh’s father. One is given a sense of the class disparity that exists in society and how it often comes in the way of two people’s wish to be together.

The story of the film may have been explored before but it’s the treatment that makes Timepass stand out. Ravi Jadhav proves why he’s such a celebrated director yet again with this sweet and pleasant love story, that is more than worth your time! Watch the film above and tell us what you think in the comments section below.