Hardeek Joshi's Raja style has become a fad and Akshaya's nephew Abir seems to be the latest victim. Watch video! 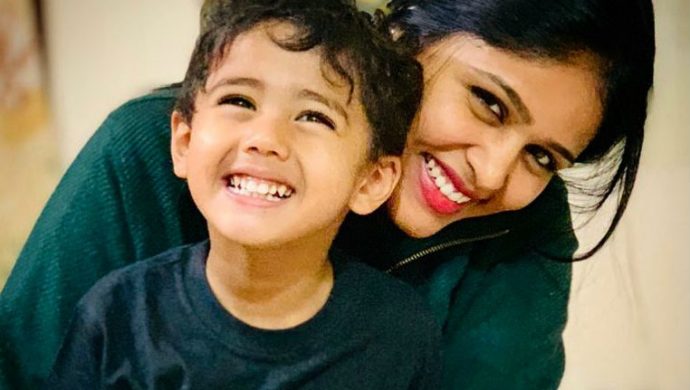 Hardeek Joshi shocked fans with his return as Raja Rajagonda in Zee Marathi’s Tuzhat Jeev Rangala. After his fight with the goons, the character disappeared and everyone assumed he’s dead. The show even took a two-year leap and showed life post Rana’s death. But little did we know that the man will return, not as himself but a wanna south-superstar with a lot of swag. Rana as Raja Rajagonda has entertained fans with his act and killer dance moves. Looks like the Raja style bug has bitten the team and the latest victim if lead actress Akshaya Deodhar aka Anjali’s nephew Abir!

The beauty shares a very special bond with the little boy and challenged him to do the Raja style. What is it all about? Check it out here.

Looks like Abir has a future in television because going by his act, we would say that he’s a total pro! Watch the video here.

Wouldn’t you agree? Abir has certainly given a tough competition to Hardeek and we wonder how he will reciprocate to the challenge.

Stay tuned for all the updates here and tell us what you think about Abir’s video in the comments section below! Catch all the episodes of Tuzhat Jeev Rangala, streaming for free on ZEE5.