If you are afraid to get married, Sakhi's post will ease your fears. Check out what she wrote! 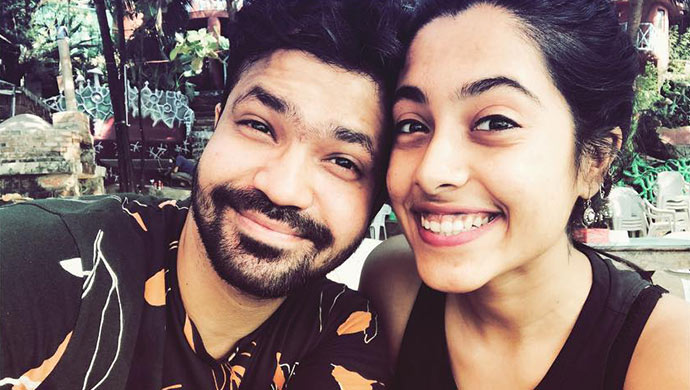 Sakhi Gokhale and Suvrat Joshi’s relationship is an example of what we call the ideal ‘work romance.’ The actors met on the sets of their show Dil Dosti Duniyadaari, fell in love and took the plunge on April 11, this  year. Sakhi and Suvrat had a fairytale wedding at the actress’s farmhouse. The lovebirds had been involved in a long- distance relationship for a bit and it only made them stronger. Sakhi recently posted a beautiful picture with a heartwarming caption on her Instagram page and it’s clear that marriage suits her and Suvrat!

Watch an episode from their show here.

The actress uploaded this gorgeous picture of her and hubby and it makes us believe that true love exists! Check it out.

We used to have coffees in those cheap plastic glasses by the highway, chatting endlessly as the sun took over the moon in our starry sky! ✨ Now we have a place to call home, bookshelves, non-stick pans and 11 plant babies! 🌿 What a beautiful journey this one is, following the road you’ve lit with that gorgeous spark in your eye. ♥️

Sakhi’s caption game is strong and we can’t think of more beautiful words the actress could have chosen to express her love for Suvrat. This post is ideal for those that are afraid to take the leap of faith. Sakhi’s words will definitely reinstill your faith in marriage!

What do you think of this picture of the happy couple? Tell us in the comments section below! Catch all the episodes of Dil Dosti Duniyadaari, streaming for free on ZEE5.