The Ratris Khel Chale 2 actress recently uploaded BTS pictures from the show and revealed that she misses hanging out with the cast and crew. 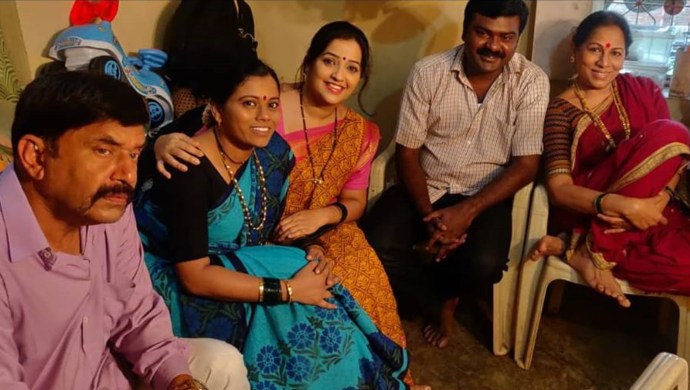 Apurva Nemlekar plays the role of a seductress named Shevanta in the horror drama Ratris Khel Chale 2. The show is based on the supernatural events that occur in the lives of Anna and Shevanta. Their lives were about to change forever as the couple had decided to get married in the track of the latest episode. Unfortunately, viewers could not witness the drama of their wedding since the shoot got halted due to the enforcement of the lockdown. Fans are eagerly waiting to see this unusual couple finally get married. Everyone seems to be missing the cast who has been responsible for entertaining us all. Apurva shares the same feelings as her fans and recently revealed that she misses hanging out with her co-stars.

Since the lockdown was announced, the actress has been making the most of her free time with activities like cooking, meditating, and singing. She has also been uploading pictures of her lockdown routine on Instagram. The actress is keeping herself busy during the day with these activities but like everyone else, she too gets nostalgic. Apurva recently posted a couple of Instagram stories with her co-stars of Ratris Khel Chale 2 and reminisced about her shooting days. The beauty wrote in the caption that she misses all her friends and tagged Madhav Abhyankar aka Anna, Suhas Sirsat (Datta), Prajakta Wadaye (Sarita), and Shakuntala Nare (Indu) in the story. Even though Shevanta is at loggerheads with them on the show, Apurva shares an amazing bond with her co-stars in real life.

It’s not just the co-stars that Apurva misses the most but also her crew. The actress revealed that she misses the director and the DOP (director of photography) who are always there to guide her on the show.

We hope that we get to see more of these BTS pictures until the show resumes. Keep it coming, Apurva!

Do you miss watching Ratris Khel Chale 2? Comment below and tell us.

Sa Re Ga Ma Pa Turns 25: Nachiket Lele, Ujjwal Gajbhar - What Are The Winners Up To?