Check out this gorgeous picture posted by our beloved Yesubai. View inside. 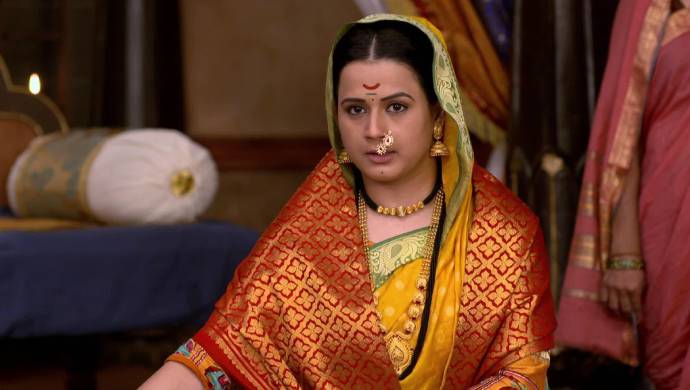 If we talk about stunning transformations, then Prajakta Gaikwad playing Yesubai in Zee Marathi’s Swarajyarakshak Sambhaji, is probably on top of our list. The actress is seen in a simple avatar her real life. But once she dresses up as Yesubai, she is a queen in every sense of the word. Not only does she look the part but she plays it as well. There’s a certain confidence that the actress exudes and it’s infectious. Prajakta recently shared a picture in her Yesubai avatar and it redefines the phrase ‘ Yas Queen!’

The actress looks stunning in her blue nauvari which she sports with a bright pink and golden drape. She teams her look with traditional golden jewelry. Check it out here.

Prajakta is posing in-between shots and still manages to look as regal as she does as Yesubai on-screen. The beauty has come a long way and has become an instant hit with the masses, especially the kids. Her character as Yesubai is adored for her righteousness, honesty and loyalty.

Tell us what you think of Prajakta’s look in the comments section below and stay tuned for more updates! Catch all the episodes of Swarajyarakshak Sambhaji, streaming for free on ZEE5.