The two got paired for the first time in this Santosh RamMeena directional. Check out their fun videos from the film's promotional events! 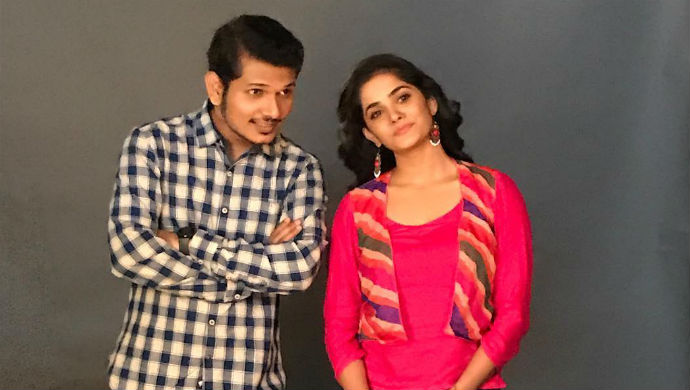 Gone are the days when a film was about performances and box office numbers. Today, film promotions are part and parcel of an actor’s life. It’s become a usual sight to see actors talking about their upcoming film on television shows, events, and more. Marathi actors Bhagyashree Mote and Narendra Deshmukh too went through the ordeal of promoting their film Patil. The events can get monotonous and it’s up to a film’s team to make them interesting. Well, given the creative people that Bhagyashree and Narendra are, the actors had some fun of their own during promotions.

Social media has exploded and how. Today one of the most popular features is Instagram’s boomerang video and Bhagyashree and Narendra made full use of it. Check out this video of the two, where they get goofy.

Now, that’s a fun way to promote films right? Bhagyashree is great dancer and found this video of her shaking a leg at one of the promotional events. Check it out.

It was an exhausting day today while running and promoting our film Patil but when we were about to end our day i met this thoroughly energised team and i get so freshen up instantly. Thanku u so much..❤️❤️It was such a warm welcome by Orange FM, 93.5,Nagpur. Big hugg and kuddos to ur team spirit! #KuchKhattaKuchMeetha @radioorangefm @rjnidhi1 @rjanurag919 @rjmadhuri919 @rj.jackie @rjmilind935

We are glad the actors had such a good time. Post your comments below for this jodi!

Tula Pahate Re: Destiny Has New Plans For Isha And Vikrant?