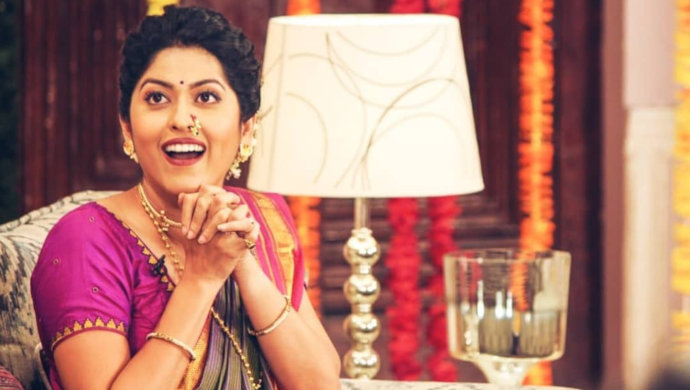 What is the only similarity between watching a red-velvet tutorial and reunion of TV stars? They both tempt us into wanting for more. While I have salivated enough over the baking tutorials, now, the latter needs my attention. Meaning: The oh-so-amazing meeting of our favourite stars. Recently, the stars Khulata Kali Khulena had lunch together! The moment I saw this, I pinched myself, took a screenshot and broke into a happy dance. I

Before you proceed, watch the epic fights on Khulta Kali Khulena between Manasi and Monica

wonder if the stars realise the effect their beautiful reunions have over us? As Omprakash Shinde (Vikrant),  Mayuri Deshmukh (Mansi) and Abhidnya Bhave (Monica) were dipping themselves in that delicious pasta, I was dipping in the nostalgia of the past. Ugh, where I can cure this FOMO (Fear Of Missing Out)?

Here’s another thing: Can you imagine the arch-rivals Monica and Manasi share their pasta (and much more) on the same table? Obviously, not. Hopefully, there weren’t fireballs storming from either side. What do you think, the onscreen sister duo has really put behind their differences? Or did they just come together for food? (*wink wink*)

Jokes aside, it’s wonderful to witness them spread their branches and still stay so grounded. What are your thoughts on this epic reunion of Khulata Kali Khulena?

If you liked Abhidnya on this show, make sure you watch Tula Pahate Re streaming on ZEE5.