The Mrs Mukhyamantri actor recently shared the before-after look of the haircut he had to undergo to slide back into his role of Samar. 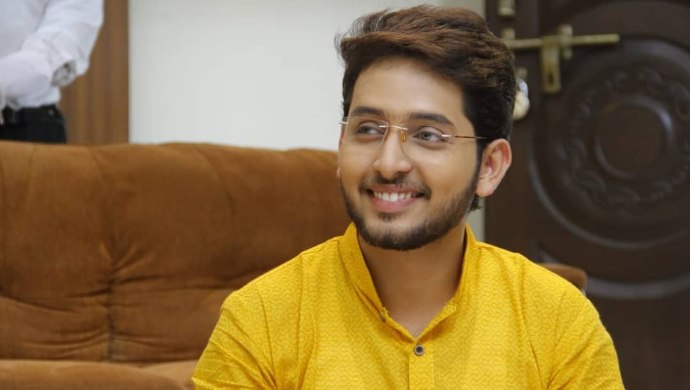 Zee Marathi has finally decided to rebegin the shooting process of its popular shows. The cast and crew members have gotten busy as they get back to the filming locations after a long hiatus. Even the team of Mrs Mukhyamantri has arrived on the sets of their show in Satara. The Mrs Mukhyamantri gang is now making sure that all the safety norms are being followed before they could resume the shoots. The lead cast including Tejas Barve and Amruta Dhongade have self-quarantined themselves. Tejas, the actor who plays the role of Samar in the show, recently shared how he’s prepping himself ahead of heading back to the shoots. Read on to find out.

Now that Tejas has arrived on the sets, the actor has started prepping to slide back into his role. Tejas recently underwent a haircut after almost three months. The actor uploaded the before-after look on his official Instagram handle. Tejas also revealed in the caption that he followed all the safety guidelines and used plenty of sanitiser while getting his hair done. The talented actor further shared that he’s excited and satisfied at the same time to get into the skin of Samar once again. And it’s not just Tejas but the fans have also gotten all excited to see Samar reunite with Summi on screen. We wish the actor good luck for this fresh start!

Mrs Mukhyamantri Completes 1 Year; Here’s Why It Needs To Continue Its Run…

How excited are you to see Tejas back on screen? Share your excitement with us in the comment box below.

Watch the political journey of Samar unfold on Mrs Mukhyamantri, streaming for free on ZEE5.

Which Song Goes On In Vikrant Saranjame's Mind? Allow Subodh Bhave To Answer!