Swarajyarakshak Sambhaji’s Yesubai Catches Up On Her Studies Amidst Shoot- View Pic!

Prajakta Gaikwad makes it a point to study her course, amidst her shoot for the show. Check out her picture inside! 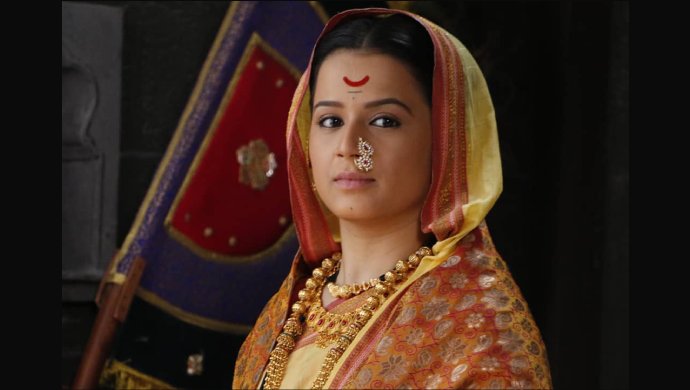 It is often assumed that actors necessarily have a background in creative fields such as art, acting and filmmaking, etc. But many a times, their qualifications are completely different from the field of entertainment. For instance, Swarajyarakshak Sambhaji actor Amol Kolhe, who plays Sambhaji on the show, was pursuing an MBBS degree before entering the profession of acting! Did you know that? Similarly, his co-star Prajakta Gaikwad, who plays Yesubai on the show, is studying computer engineering. The actress may be busy with shoots on a daily basis but she makes it a point to catch up on her studies, in between shots.

Actors often spend hours on set, waiting for their shot to be ready. Prajakta makes use of this time to study her course in computer engineering. Now that’s some level of dedication, eh? Check out her picture here.

We love how ironic this picture is – Yesubai clad in traditional attire, operating a laptop! In her caption the actress has explained that she thoroughly enjoys studying and doesn’t consider it a burden to balance the same with acting. Well students, you can certainly get inspired by Prajakta here who is a pro at multitasking!

We salute the actress for her hard work and dedication. What do you think about this picture? Tell us in the comments section below!

If You Like Horror Stories, Watch Zee Marathi's Ratris Khel Chale 2, Which Presents Scary Tales From A Village In Konkan!

EXCLUSIVE: Why Did Shilpa Tulaskar Take Up The Role Of Rajanandini In Tula Pahate Re?