The actor who plays the protagonist on the show is a fitness enthusiast. Check out his videos to seek some motivation! 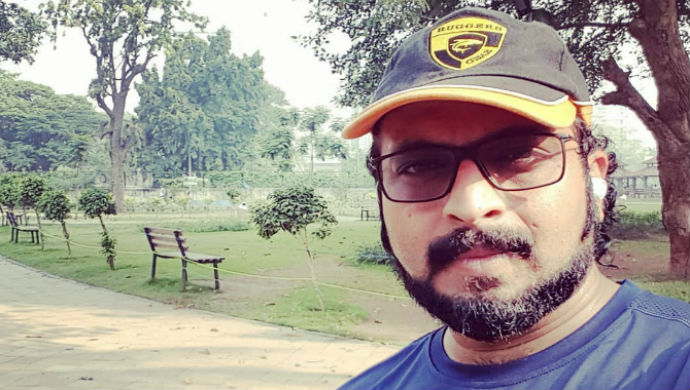 With a role as challenging as Sambhaji on ZEE Marathi’s popular show Swarajyarakshak Sambhaji , it’s a given that the actor playing it should be physically fit. From the character’s build to the appearance to the swiftness required for war sequences, only a fit and able man can pull the part off. Amol Kolhe does so with perfection.

Aside from looking the part, the actor plays it well too and what’s an added bonus is his genuine love for fitness. While certain actors hit the gym to prep for a role, Amol likes to workout regardless. Trust to find him sweating it out, in his free time! Don’t believe us? Check out this video where the actor slays it, while doing his leg workout.

As stated in the caption, Amol hit 100 lbs, which is a hard target to achieve. Kudos Mr Sambhaji!

Here’s another picture by the actor where his caption reads that whenever he feels irritated or frustrated, he works out to feel calm. Don’t some of you relate to this sentiment?

Amol also makes it a point to do a fare share of weight training to keep those biceps intact. In this post below, he thanks his trainer for guiding him.

Fitness for Amol isn’t restricted to the gym and he makes the most of any form of exercise to stay fit. Check out this post where the actor talks about having gone for a jog.

Starting Sunday on a healthy note! Thank you BMC for such a beautiful and big jogging track and garden amidst the hustle and bustle of Mumbai! @swarajya_rakshak_sambhaji @kartik_kendhe @drghanya @shivsena @adityathackeray @rajkulkarni8 @pawan.s.jadhav.9

Well if Amol can play a difficult role and still squeeze in a workout, so can you right? Tell us about your favorite form of exercises in the comments section below!

Watch all episodes of Swarajyarakshak Sambhaji exclusively streaming on ZEE5.