Anaji Pant tries to manipulate Soyrabai against Sambhaji. But will she fall for the trap? Find out! 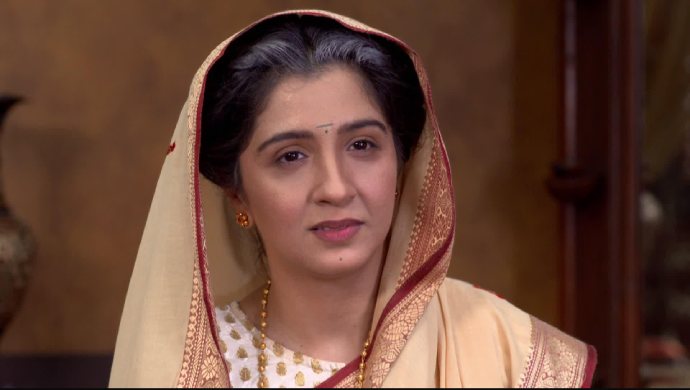 In one of the recent episodes of Swarajyarakshak Sambhaji, it was shown that Anaji Pant was caught red handed by Sambhaji, while trying to steal the letter sealer from the palace. Now, Pant is on a mission to manipulate Soyrabai and turn her against Sambhaji. In the latest promo of the show, it is shown that Soyrabai puts a seal on a letter but is told by one of Sambhaji’s men that her decision doesn’t apply as the seal she uses is wrong.

Soyrabai is furious that her decision is not taken into consideration. She tears up the letter and says that she is a ‘matoshree‘ just for namesake. Watch the promo here.

The cunning Anaji Pant however uses this opportunity to turn Soyrabai against Sambhaji. He tells her that she should use the seal for the right letter, meaning that of Akbar’s. Soyrabai looks convinced for a second but asks Anaji to wait, just when he is about to walk away after his attempt of acting clever.

Has Soyrabai realised that Anaji was trying to manipulate her? Or will she fall for his trap and go ahead with his plan? Stay tuned for all the updates here.

In case you like historical shows, watch Hutatma streaming on ZEE5.

How Did Vikrant And Rajnandini First Meet? Watch Tula Pahate Re On ZEE5!

Exclusive: We Have The Forced 'Independent Women' Tag On Us, Says Hutatma's Anjali Patil