Swarajyarakshak Sambhaji: Why Is Rajaram’s Hesitation In Claiming The Throne Justified?

Rajaram is reluctant to claim the throne. Here's why we understand his position and state of mind. 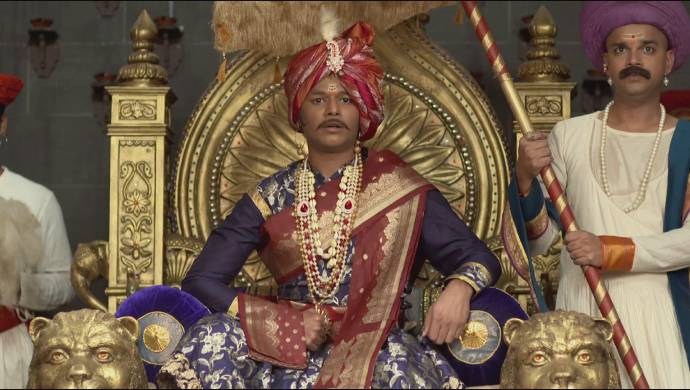 Swarajyarakshak Sambhaji’s last episode will be aired soon. The show has highlighted the journey of Maratha ruler Sambhaji and has entertained fans through the years. While viewers are eagerly waiting to see how the Maratha king’s legacy will end, we have already informed you about the events that occurred with Sambhaji in reality. The king’s demise post his captivity and Aurangzeb’s torturous punishments made him immortal in the minds of his successors. And why? Because Sambhaji fearlessly bore all the retribution and never even let out a yelp! Sambhaji stood in front of the enemy and stared into his eyes without flinching, as the latter threatened him. But it is not only Sambhaji who is praised but also his wife Yesubai and his family, who courageously decided to take care of Swarajya.

Watch an episode of the show here.

Aurangzeb gave horrifying punishments to Sambhaji; he had the king’s eyes gouged out and his tongue cut slowly, so that he could be tortured. While this was going on, Yesubai’s spies at Raigad kept bringing her the news of her king’s punishments and the brave manner in which he was dealing with them. The queen and Sambhaji’s family including Rajaram, Tarabai were distraught. However, Yesubai decided to stay strong and declared that the throne needed another king who could hold the reins of the kingdom, for the sake of Swarajya.

Rajaram was asked to step up as the king because Shahu Maharaj-Sambhaji’s son- was very young. As we know, Rajaram was Shivaji’s second wife Soyarabai’s son and Sambhaji’s stepbrother. When Shivaji passed away, Soyarabai tried to make her son claim the throne, instead of Sambhaji. She even tried to capture the latter, but all in vain, as her own brother Hambir Rao Mohite, was loyal to Swarajya and brought back the rightful heir to the throne. The bloodshed and confusion created at that time cost a lot of lives, including Soyarabai’s.

Rajaram’s throne was snatched from him earlier and soon after Sambhaji’s downfall, he was expected to claim the prestigious position again. On the show, we recently saw that Rajaram was confused about what to do, as he walked away from the throne during his coronation. We understand his state of mind as he must be going through a mix of emotions. When he was ready to rule Swarajya, the opportunity was taken away from him. However now, he is expected to be the king again and has been sprung upon this huge responsibility. Anyone in his place would have been equally perplexed. What say? This is why we have titled Rajaram as the Reluctant Ling! What do you think about this? Do you agree? Tell us in the comment section below.

Like Pushpak Vimaan’s Vilas, 6 Things You Can Do To Make Your Grandparents…

Gurunath Is Playing A Vicious Game, Watch It In This Episode Of The Zee Marathi Show Mazhya Navryachi Bayko