Will they succeed? Find out the promo and find out! 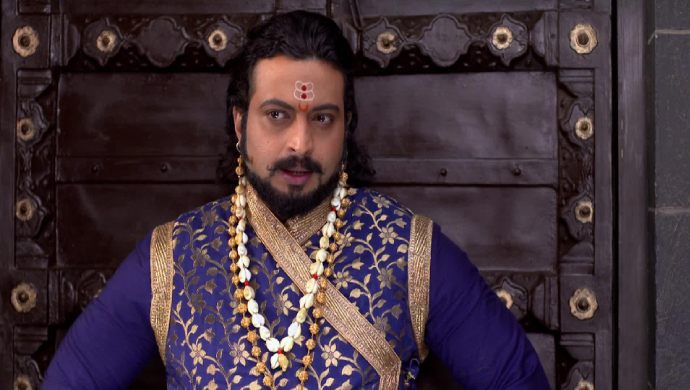 In Swarajyarakshak Sambhaji, Anaji Pant is planning a strategy to kill Sambhaji. He is using Akbar in his games and is attempting to turn the Mughal emperor against the Maratha King. He went to the extent of manipulating Soyrabai against Sambhaji and making her sign a letter which permits Akbar to take over half the kingdom. Anaji had earlier tried to kill Sambhaji but failed. The latest promo shows that now Sambhaji’s own guards will attempt to do the dreadful deed. Oh no!

In the promo, it is shown that Sambhaji talks to a bunch of guards and makes way to take a nap. The men are alerted and enter his room with swords, in an attempt to kill him. Watch here.

They enter the room and use their swords to finish off Sambhaji but find that they had been tearing off pillow cases instead! Sambhaji apparently made it look like he was sleeping underneath the covers, but he was never there. The men turned around and are shocked to find someone standing behind them. Is is Sambhaji himself?

Did he know about the guards’ attempt to murder him all along? Did he trick them to catch them red handed?

Stay tuned for all the updates here and catch all the episodes of Swarajyarakshak Sambhaji, streaming for free on ZEE5.

Will Vikrant Succeed In His Plan Of Overtaking The Saranjme Group? Watch Tula Pahate Re!