How will he punish Anaji Pant? Watch the promo and find out! 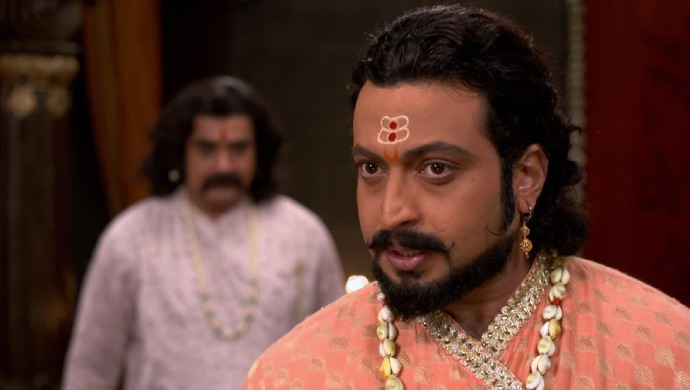 Currently on Zee Marathi’s hit show Swarajyarakshak Sambhaji, the Maratha king has been on the lookout for the culprit, who tried killing him several times. Sambhaji doesn’t know that it was Anaji Pant and has been trying to father proof to nab the mischief maker. In the recent episode, it was shown that Sambhaji discovered that the culprit purchased a paper made out of Kasturi, as the letter that he had received was of the same material and fragrance. Sambhaji ordered his men to find out who in the kingdom is fond of Kasturi. And the latest promo shows that Sambhaji has finally figured out that it has been Anaji Pant all along!

In the video, you can see Sambhaji asking one of the men as to who purchased the paper and he takes Anaji Pant’s name. What happens next? Watch here.

Sambhaji swears to seek revenge from Anaji Pant in a way that has never been seen before! What is he planning to do? And will Anaji Pant manage to escape from Sambhaji’s grasp this time? Stay tuned for all the updates here!

Will Jhende Manage To Turn Myra Against Isha? Watch Tula Pahate Re On ZEE5!