Swarajyarakshak Sambhaji Promo: Kaviraj To Get Kidnapped By Anaji Pant?

Will Sambhaji be able to rescue his trusted friend? 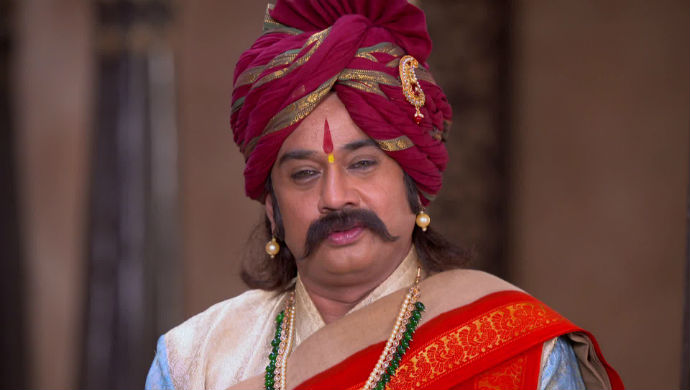 On Zee Marathi’s popular show Swarajyarakshak Sambhaji, it was shown that Sambhaji selected his Ashta Pradhans but didn’t give Anaji Pant the prestigious position of Suniras, like he was hoping. This made Anaji Pant furious and now is he on a mission to seek revenge from Sambhaji. Currently, the Maratha King is at loggerheads with Mughal emperor Aurangzeb, who is all set to attack his kingdom. Amidst all this, the last thing Sambhaji needs is a person from his own kingdom acting childish but looks like Anaji Pant is in the mood for silly games.

In the latest promo, it is shown that Kaviraj is blindfolded and taken away by a bunch of men. Yesubai informs Sambhaji about Kaviraj’s disappearance and the fact that he hasn’t returned since a while. Anaji Pant is visibly tensed and it’s evident that he has something to do with Kaviraj’s kidnapping. Watch the promo.

In the last shot, we can see Anaji Pant laughing viciously. What does he plan to do with Kaviraj? Stay tuned for all the updates here.

Is Shevanta And Anna's Secret Affair Out In The Open? Watch Ratris Khel Chale 2 Exclusively On ZEE5!