Is is too late to stop Anaji Pant? Watch video to find out! 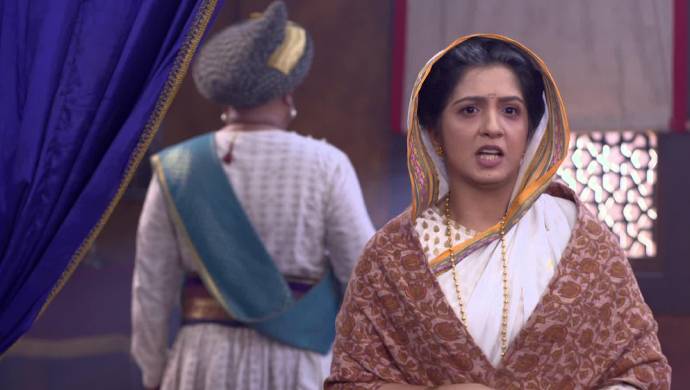 Anaji Pant is up to his usual tactics in Swarajyarakshak Sambhaji. He managed to manipulate Soyrabai and take her under his wings. In the recent episode, it was shown that Anaji convinces Soyrabai to put her seal on the letter that is to be sent to Akbar. The letter demands that half the kingdom would go to him and that Soyrabai’s own son would be made king. Anaji and Soyrabai also plan on killing Sambhaji and the latest promo shows that Anaji is close to executing his plan!

In the promo we can see Anaji Pant telling Soyrabai that all the planning has been done and that soon Sambhaji will be killed. Watch the promo here.

Soyrabai looks visibly upset and guilty. Though she had given her word to Anaji Pant, looks like she is in two minds now. Her guilt has also made her write a letter to Sambhaji, asking for his help. But is it too late to stop Anaji Pant now?

Will Sambhaji be warned through Soyrabai’s letter and save himself? Stay tuned for all the updates here!

Catch all the episodes of Swarajyarakshak Sambhaji here, exclusively on ZEE5.

Like Thrillers? Watch Tula Pahate Re Exclusively On ZEE5!

Exclusive: I've Been Respected In Every Field That I've Been In, Says Ashwini Kalsekar