The actress is the niece of famous singer Pandit Ram Marathe. More details inside! 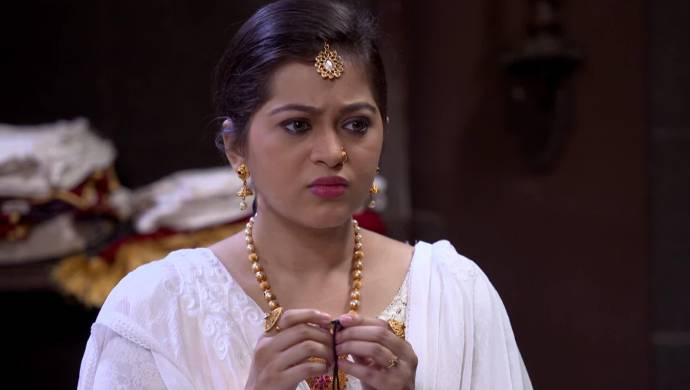 Zee Marathi’s popular historical show Swarajyarakshak Sambhaji is one of the few ones, where we get to see the storylines of supporting characters, along with the main ones. Amol Kolhe and Prajakta Gaikwad play the main roles as Sambhaji and Yesubai. But many times, the story builds in a way where even the supporting star cast, takes centre stage. Currently, we are seeing that happen with Lavangi, played by actress Swarangi Marathe. She is seen as a courtesan in Siddi’s realm, who has fallen for Kondaji and wants to switch over to Sambhaji’s kingdom.

Fans are curious to know more about this light-eyed beauty, given her gorgeous looks as well as an intriguing character. Well, we are here to help!

1. Swarangi is the niece of famous Marathi singer Pandit Ram Marathe. Like him, she too pursued Hindi classical music.

2. She was born on February 14, 1992 and pursued her studies from Saraswati Vidyalaya High School, Thane. She started her acting career as a theatre artist in Cochin.

3. Swarangi has worked in several Marathi television shows, Abhalmaya being one of them. She was also seen in Bollywood film Mission Kashmir, starring Hrithik Roshan and Preity Zinta.

5. She is a philanthropist and even teaches music to underprivileged children in an NGO. The actress is married to an engineer, Nikhil Kale. The couple made it a point to not spend much on their wedding and donate most of the funds to NGOs.

Hope you found this information useful! Tell us what you like the most about Lavangi, in the comments section below. Catch all the episodes of Swarajyarakshak Sambhaji, streaming on ZEE5.