Read details inside to know why we think so. 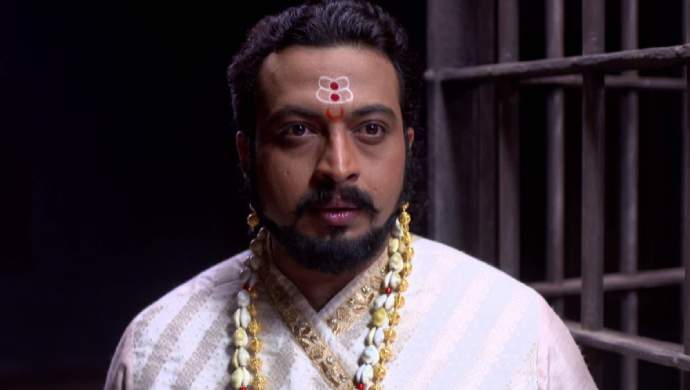 Currently on Zee Marathi’s historical serial Swarajyarakshak Sambhaji, Sambhaji has punished Soyrabai for her crimes and robbed her off all powers as Rajamatoshree. She is being held accountable for conspiring against Sambhaji with Anaji Pant, who recently got killed due to suffocation from an elephant’s paw. Now Soyrabai is pleading for forgiveness and is feeling ashamed for her actions. But Sambhaji wants to hear none of it, as he is busy working on an extensive strategy.

In the recent episode, Sambhaji expressed his wish to meet Akbar. As we all know, the Mughal ruler had a major role to play in Anaji Pant’s conspiracy against Sambhaji. The king was taken into confidence by Anaji and promised half of Sambhaji’s kingdom. Hence, we believe that Sambhaji wants to meet Akbar to seek revenge from him. But we feel that its a bad idea. Currently, Sambhaji’s army is weak and there’s a lot of tension in the kingdom. Many of his own trusted men conspired against him, hence there is a lack of unity. Therefore, we believe that instead of tackling Akbar right now, Sambhaji should focus on sorting out the turmoil within his own kingdom first.

He needs to gain everyone’s confidence again and build an army that can fight Akbar. The Mughal ruler’s army is strong and can defeat Sambhaji, if they both get down to war. Hence, Sambhaji should lay off associating with Akbar for a bit.

Do you agree with our opinion? Post your thoughts in the comments section below and stay tuned for more updates. Catch all the episodes of Swarajyarakshak Sambhaji, streaming for free on ZEE5.