What is Sambhaji's next move to defend himself? Find out! 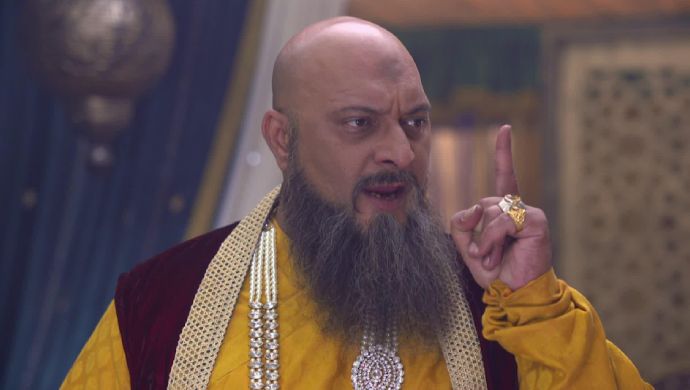 On Zee Marathi’s popular show Swarajyarakshak Sambhaji,  Sambhaji sits on the prestigious throne and protects his kingdom. But his animosity with the Mughals still continues where there prolongs a cat and mouse chase between him and emperor Aurangzeb.  The Mughal king is furious since his own son Akbar has declared war against him and fled from the kingdom.  What’s worse is that Akbar is trying to seek shelter and protection from the enemy, Sambhaji.
Watch the latest episode here.
In the latest promo,  it is shown that Aurangzeb has not reached the peak of his patience and is all set to attack Sambhaji.  Watch here.
In the video,  we see that Aurangzeb has learnt of Akbar’s entrance in the Maratha kingdom and is furious at his son’s betrayal.  He vouches to kill Sambhaji with his own  hands.  But Sambhaji’s wise Yesubai is confident that her husband and king will live up to his reputation of a great warrior and defeat Aurangzeb.
On the other hand, Akbar too is upset with Sambhaji as he sent Heroji Pant to meet him. With this gesture, Akbar feels humiliated. Anaji Pant wants to use this against Raje.
Will Sambhaji finally kill Aurangzeb?  Stay tuned to find out!
Catch all the episodes of Swarajyarajshak Sambhaji, exclusively on ZEE5.

What Is Rajnandini's History With Vikrant? Watch The Big Revelation In Zee Marathi's Hit Show Tula Pahate Re!

Kanala Khada: 5 Revelations Made By Dr Jagannath Dixit On Diabetes And Weight Loss