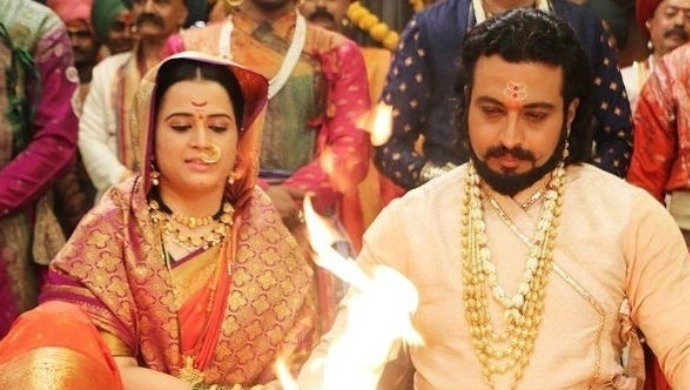 Most of us are aware of the legacy of Maratha king Shivaji. But not much was known about his son Sambhaji’s reign, until Zee Marathi’s Swarajyarakshak Sambhaji. The historical serial starring Amol Kolhe and Prajakta Gaikwad, sheds light on the journey of Sambhaji and how he led his kingdom forward, after his father Shivaji’s death. The serial has a huge fan following today, given its powerful content as well as performances. The show started in 2017 and completes two years today! Prajakta, who plays Sambhaji’s wife Yesubai on the show, put up some never-seen-before pictures from the show on her Instagram account.

You can get a sneak peek into all the behind-the-scenes actions from the show in the pics below. Check it out here.

How great are these pictures right? Swarajyarakshak Sambhaji has been going steady since two years and we wish the team many more years of success! And a special shout out to Amol and Prajakta for their stellar acts in the serial. Tell us what you like the most about this show in the comments section below and stay tuned for more updates.

Swarajyarakshak Sambhaji: 5 Jewellery Items Worn By Lavangi Bai That You Can Get…

Mazhya Navryachi Bayko: 5 Changes Radhika Can Undergo For Her Makeover