He sure does love his phone camera and clicking selfies may just be his favourite past time. 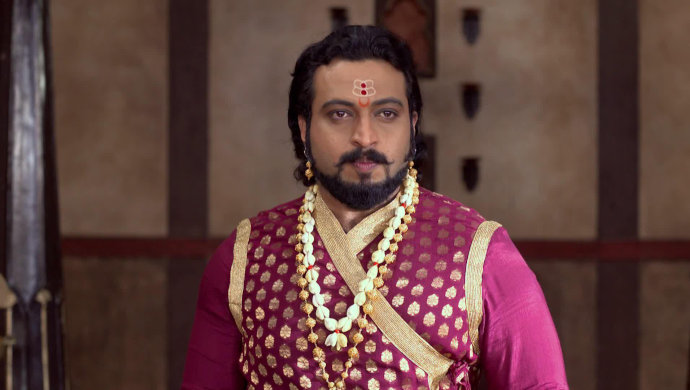 Swarajyarakshak Sambhaji on ZEE5 shows us the glorious period of Sambhaji Maharaj’s ruling. He, very much like his father, ruled the kingdom for years while keeping it safe from the Mughal and Portuguese invasion. Apart from fighting in the war field, he had to take care of his subjects.

Watch Sambhaji expanding his kingdom in Maharastra on Swarajyakshak Sambhaji:

Having said this, it’s not everyone’s cup of tea to hear the pleas of commoners successfully! Although Dr Amol Kolhe does full justice to the character of Sambhaji Maharaj, sometimes he, too, needs a break from his duties. So, our ruler celebrates ‘me-time’ by clicking selfies with the army man. Confused? Let us explain you. Recently, Swarajyarakshak Sambhaji actor took a picture with Nitish Chavan who essays the role of Ajinkya, the army man, from Lagira Zala Jee.

The duo was caught in a candid moment posted by Nitish Chavan. It is heart-warming to see even after being the leads for competitive TV shows on Zee Marathi, they still find to spend time with each other.  This is one big happy family that we simply can’t get enough of. Whoever says actors can’t be friends surely haven’t seen Amol and Ajinkya.

What are your thoughts on their friendship? We would love to know.

Which Famous Character Does Zala Bobhata’s Appa Remind You Of?

Want To Restyle Your Paithani? Abhidnya Bhave’s Wardrobe Hack Is Perfect For Weddings