In Swarajyarakshak Sambhaji, Aurangzeb plans to kill Siddi after his job is done. 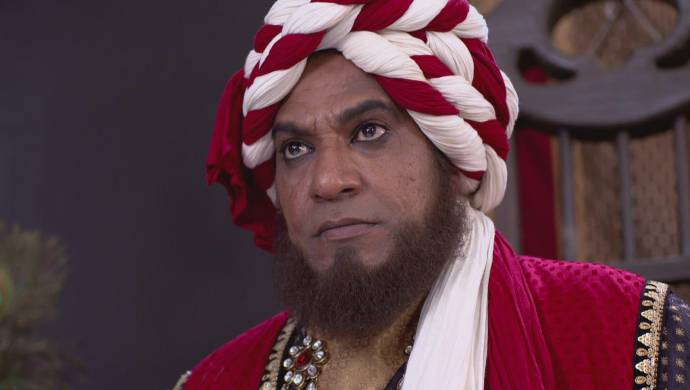 In the recent episode of Swarajyarakshak Sambhaji, Kondaji Baba is trying to convince Siddi to return to Janjira. Siddi doesn’t want to go against Aurangzeb’s wish which asks Siddi to stay in Burhanpur for a while. Kondaji Baba reminds Siddi that Janjira is more important than staying here. But, Siddi remains adamant to be in Aurangzeb’s realm. Meanwhile, at Janjira, Lavangi Bai asks Abdullah and Kumaji about Siddi and Kondaji Baba’s whereabouts. They mock her for missing Kondaji Baba and ask her to mind her own business.

Kondaji Baba tells Siddi that Aurangzeb could have an ulterior motive of keeping them busy in Burhanpur. Kondaji Baba says that Aurangzeb could have his eyes on Janjira and Raigad, so they should return at the earliest. Meanwhile, Raje’s spies at Janjira are readying to bomb the fort according to Raje’s plan. They have made medicine that will make people at Janjira dizzy.

Meanwhile, at Burhanpur, Bahirji Naik goes undercover and meets Kondaji Baba who is with Siddi. Bahirji tells Siddi and Kondaji Baba that Sambhaji is going to attack Janjira soon. He also spreads rumours about Aurangzeb in Siddi’s ears. Meanwhile, Aurangzeb comes to know that Kondaji Baba is influencing Siddi. He suspects Kondaji Baba and admits wanting to takeover Janjira from Siddi’s control. He then wants to kill Siddi and rule both Swarajya and Janjira.