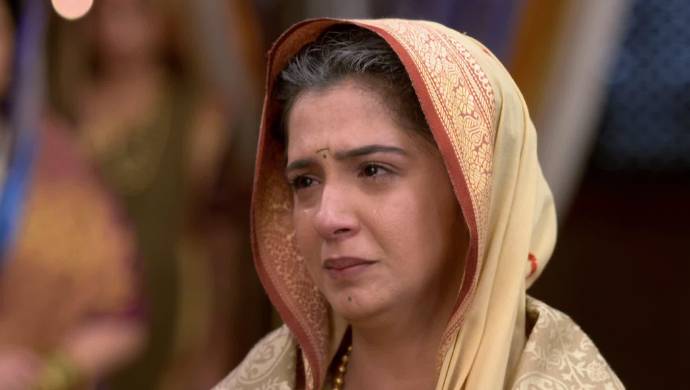 In the recent episode of Swarajyarakshak Sambhaji, Anaji Pant takes freedom at accusing Soyrabai for being the mastermind of the coup. Soyrabai walks in front of the court and admits that she wanted her son to sit on the throne but not at the cost spilling Sambhaji’s blood. Following this, Anaji Pant admits to poisoning Sambhaji’s food at Panhala. He also says Soyrabai had given her blessings to him to go ahead with this crime.

Soyrabai raises her voice and incriminates Anaji Pant of changing the letter after she gave her royal seal. Anaji Pant accuses her of lying and emotionally blackmails her. Soyrabai tells she has never encouraged anyone to plot against Sambhaji. But, Anaji Pant’s brother says neither has she stopped anyone’s plans against Raje. Heroji Pant chimes in that they started this coup after Rajmatoshree’s stamp on the letter.

Sambhaji’s realises that Soyrabai is the real mastermind along with Anaji Pant. He shames her and says it is an embarrassing situation for Chhatrapati to punish his own mother. During this, Aaoji intervenes by proclaiming Rajmatoshree isn’t a criminal. He explains that Anaji Pant and his supporters manipulated Soyrabai. The letter on which she had given her royal stamp is different from one presented to Akbar. This means Soyrabai was equally blindsided about Anaji Pant’s dealings with Akbar. Aaoji admits that they took advantage of Soyrabai‘s fragile state of mind while weaving a plot against Sambhaji.

Yesubai, as a judge, says all the royal ministers arrested in the case are guilty as proven and confessed.