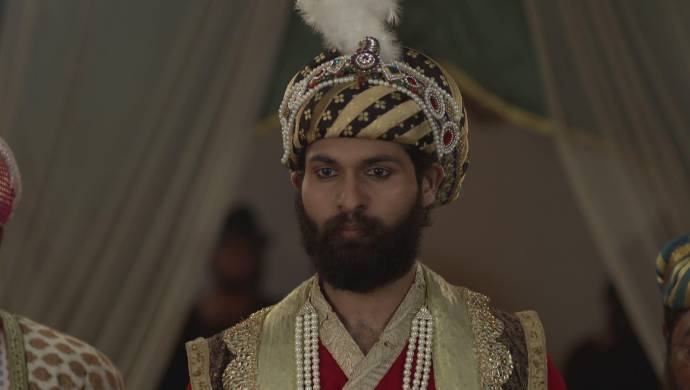 In the recent episode of Swarajyarakshak Sambhaji, Aurangzeb tells his men that they will first attack Ramshej fort as this fort once brought good luck to his father, Shah Jahan. Some of his men disagree with his opinion as they think Ramshej is a small fort and they are looking to capture bigger ones. However, Aurangzeb doesn’t listen to his men and follows his instincts. He picks Shabdik Khan for this mission, who is one of the most acclaimed army men. He promises Aurangzeb that he will capture the fort within a day and return to him victoriously. Aurangzeb is impressed by Shabdik Khan’s bravery.

Shabdik Khan and his army of forty thousand men start heading towards Ramshej fort. They are confident that they will win against Swarajya’s mavale. After seeing the size of the fort from afar, Shabdik Khan wonders why Aurangzeb selected an acclaimed warrior like him to capture such a small fort. Then, he finds comfort thinking that Aurangzeb must have a secret strategy behind sending him to Ramshej. Shabdik Khan’s spy informs him that the manpower at Ramshej fort is much weaker compared to the Mughals.

On the other hand, the mavale at Ramshej spot Shabdik Khan ascending towards them. They awaken the caretaker of the fort and ask him to start preparing for the fight. Meanwhile, Kaviraj informs Raje about the oncoming battle at Ramshej. Even though Raje is worried, he tells Kaviraj that the men of Swarajya are brave to defend Ramshej on their own. He assures Kaviraj that he has full faith in his warriors.

Remember When Chala Hawa Yeu Dya Took Us Back To The 90s With This Episode?

Want Frizz-Free Hair Like Akshaya Deodhar? Use These Easy Techniques