In Swarajyarakshak Sambhaji, Soyrabai is made to confess the reason behind giving her royal seal after being pressurised by Anaji Pant. 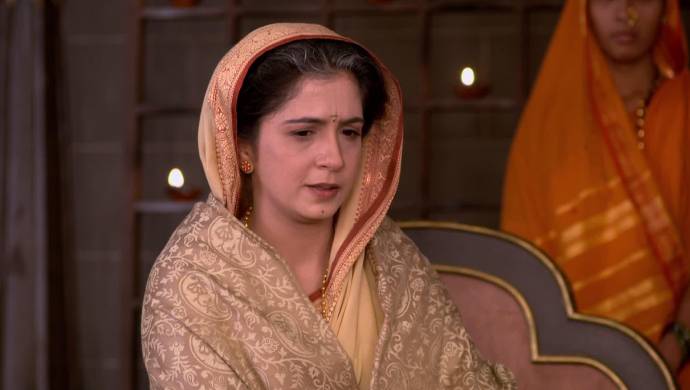 In the recent episode of Swarajyarakshak Sambhaji, Raje reprimands Heroji Pant for overstepping his boundaries with Prince Akbar. He proceeds on to Janardhan Pant who is caught for the second time in trying to overthrow Sambhaji. Then, Raje asks Anaji Pant the reason why the latter always hated him. Anaji Pant is reminded of all the crimes that he has committed before and after Chhatrapati Shivaji’s reign. Previously, Anaji Pant had tried to overthrow Sambhaji which had failed.

Sambhaji asks the culprits if he would have died who would face Aurangzeb. Raje can’t comprehend why people are against him even after he tried to make them a part of the Ashta Pradhan mandal. These people who had loyally served his father are going for his life. Raje, time and again, reminds the criminals that their multiple attempts to assassinate him have failed. Then, Shambhu Raje fires Anaji Pant from his royal position then asks him the kind of punishment he would like. Finally, Anaji Pant says he would like the same punishment as Soyrabai.

Sambhaji is furious and shows his anger in front of the court. Everyone is worried at this complicated situation since they know Soyrabai secretly dislikes Sambhaji. Anaji Pant says Soyrabai had given her royal seal on the letter to Akbar. On this, Yesubai and Sambhaji directly ask if Soyrabai was a part of the plan to destroy Raje. Rajmatoshree is angry that she is made to justify herself in front of the commoners. Sambhaji says she has to testify irrespective of her position.

Finally, Soyrabai confesses that she wanted her son to sit on the throne, but not in this ruthless way.

Tula Pahate Re 9 July 2019 Preview: Will Jalinder Go Against Isha?