In Swarajyarakshak Sambhaji, Raje wants to get Siddi and Kondaji Baba back to Janjira, so he makes a plan. 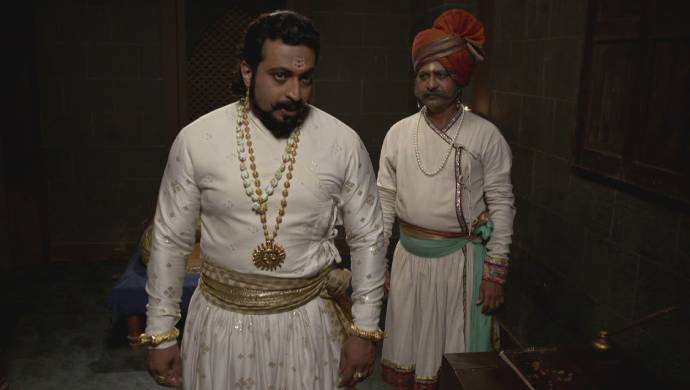 In the recent episode of Swarajyarakshak Sambhaji, after testing Kondaji Baba, Aurangzeb comes to know that Kondaji Baba is loyal to Shivaji Maharaj in his heart. He warns Siddi to be alert and keep an eye on Kondaji Baba. Meanwhile, at Raigad, Kaviraj and the other courtiers hesitantly tell Raje that it would be senseless attacking Janjira since Siddi and Aurangzeb have become a unified power. Sambhaji disagrees with their opinion and replies that they can live peacefully after defeating Siddi. Sambhaji realises only after conquering Janjira he can establish his supremacy in front of the Mughals in Delhi.

Siddi has already started dreaming about taking over Raigad. He expresses this excitement in front of Kondaji Baba who suggests that they return to Janjira at the earliest. But, Aurangzeb sends a message saying that they are welcome to stay for a couple of days more. They have no choice but to stay in order to not displease Aurangzeb. This news reaches Sambhaji through Bahirji Naik. He realises that Aurangzeb and Siddi probably might strike Swarajya and hence they are getting that close.

On the other hand, Kondaji Baba is worried about Raje’s mission. He is trying to pester Siddi to return to Janjira but Siddi doesn’t listen. Siddi has become greedy to conquer Raigad. Meanwhile, Raje and Bahirji Naik are deciding ways to get Siddi and Kondaji Baba back to Janjira. Raje thinks if Siddi stays there for a long time, Aurangzeb might start suspecting Kondaji Baba.

The Subtle Love Story Of Gulabjaam Is Just As Delicious As Its Name. Watch Now!