In Swarajyarakshak Sambhaji, Raje composes poetry and wants to name his son after his father. 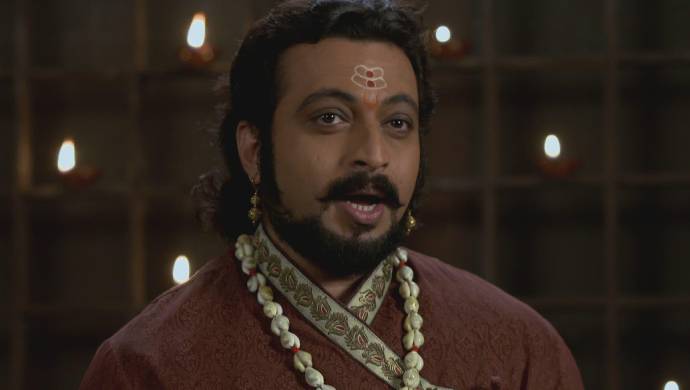 In the recent episode of Swarajyarakshak Sambhaji, Raje finally comes to visit his infant son and Yesubai. He immediately holds the Prince and takes him outside as Yesubai and Battashi Bai follow. Yesubai is too happy to see her husband after living many days away from him. Raje tells he wants to introduce his son to Swarajya which was built from Shivaji Maharaj and his people’s hard work. He considers his son’s birth as a good omen because all his armies won against the Mughals.

As Battashi Bai tells Raje to take rest and spend time with his family, Raje says that his enemies in the south are rising and he has to go there to fight them. During this, Sakvarbai comes and holds her grandson for the first time. Raje and Sakvarbai have an emotional reunion as they reminisce Shivaji Maharaj and his wives. Then, Raje starts composing poetry for his son. He shows his poetry to the ladies who get teary-eyed.

Meanwhile, the birth of Prince reaches Aurangzeb who decides to take revenge on Sambhaji for distancing Akbar away from him.

If You Watch Ratris Khel Chale 2, Learn About These 6 Myths On The Presence Of…