In Swarajyarakshak Sambhaji, Aurangzeb reaches Swarajya and has plans to kill Sambhaji. 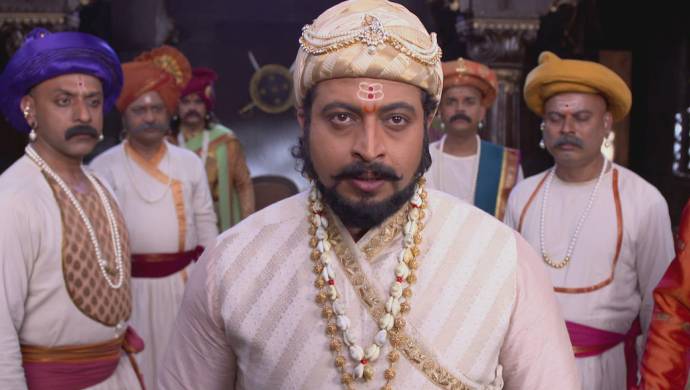 In the recent episode of Swarajyarakshak Sambhaji, Raje and Aurangzeb are planning and plotting against each other. Raje tells his Sardars that they need study Aurangzeb’s moves carefully. During this, Hambirrao Mohite comes and tells Raje that Aurangzeb is coming from the Tapi river. Meanwhile, Aurangzeb leaves Delhi to kill Sambhaji after turning him in Islam. He wants to capture Raigad which will then help him take over the whole of Swarajya.

Kaviraj announces that Aurangzeb has set foot in the Tapi river. He, with his sins, has made the river dirty. Sambhaji, then, proclaims that Aurangzeb will not be returning and he will die in Swarajya. The Sardars brace themselves to battle the Shahenshah.