In Swarajyarakshak Sambhaji, Aurangzeb wants to first capture Nashik and take control of all the forts there. 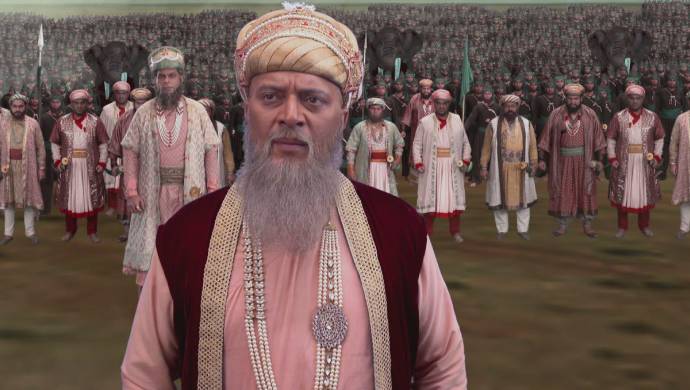 In the recent episode of Swarajyarakshak Sambhaji, Raje is getting ready to attack Aurangzeb. He is trying to understand Aurangzeb’s psyche in order to attack him. During this, Raje’s brave Sardar, Hambirrao Mohite comes to meet Raje. He tells Raje that Aurangzeb is ascending towards Swarajya. He is coming from the Tapi river and will be ready Raje with his army of lakhs. Raje tells his soldiers after the blast at Burhanpur, Aurangzeb would be a lot more cautious and scared. Raje says which is why they have to be careful before falling for Aurangzeb’s traps.

Raje and his Sardars are discussing ways they can launch an attack on the Shahenshah. Everyone has their own opinion as they brainstorm over various strategies. During this, Raje announces that when Aurangzeb comes to Swarajya, he will be saying one thing and doing another thing altogether, in order to mislead Sambhaji’s army. So, in such cases, they will have to look into his eyes which will speak the truth.

In Raje’s imagination, he and Aurangzeb have a faceoff. They both try to threaten each other while boasting their power and the strength of their army in this confrontation. Raje says that he has blessings from the goddess and Chhatrapati Shivaji, while, Aurangzeb doesn’t have anything by his side as he killed his loved ones ruthlessly. Meanwhile, Aurangzeb in his realm is strategising with his armymen. He tells his Vazir that they are going to halt at Nashik. While he takes rest, the army will capture all the forts in the area. Aurangzeb also plans to take Siddi’s help.