In Swarajyarakshak Sambhaji, Akbar gets a letter from his sister motivating him to win against Sambhaji. 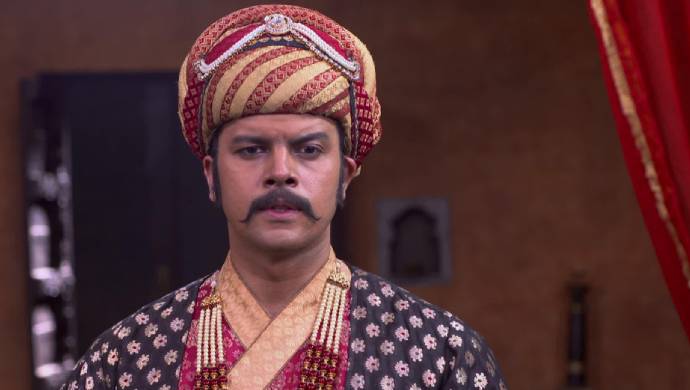 In the recent episode of Swarajyarakshak Sambhaji, Soyrabai is happy that Yesubai gave her permission, without doublechecking, to Anaji Pant. Rajmatoshree thanks her as the latter says since Soyarabai, herself, came with a petition to send Anaji Pant out of Raigad, the work has to be important. Yesubai hopes that Soyrabai knows Anaji Pant’s motive as the latter feels guilty.

Anaji Pant, Aaoji and Heroji are on their way to Mahad. After they reach Mahad, Aaoji asks Aanji Pant to accompany Heroji to meet Akbar. Aaoji says he wants to learn from Anaji Pant and he’s like a role model. Anaji Pant becomes happy as all three go towards Akbar’s palace. Meanwhile, Akbar is upset with his destiny. He has lost a battle against his father and he is still nothing more than a princeling. He feels Sambhaji is ignoring him and has no plan of meeting him. Durgadas tries to calm him as Anaji Pant and Heroji Pant reach there.

Akbar summons Heroji Pant, leaving Anaji Pant standing behind. As Akbar asks about Sambhaji, Heroji Pant tells him, that he shouldn’t be asking about Raje, when they are giving him an opportunity to be the king. As they are conversing about this, Akbar gets a royal letter. He asks Heroji Pant to step out.

Akbar gets a letter from his sister asking him to takeover Swarajya as she will source him the army and the money. This way he can become the king and gain his father’s forgiveness. After reading this, Akbar is too elated as he goes and hugs Aanji Pant who is waiting outside.