In Swarajyarakshak Sambhaji, Durgadas is summoned to the court by Sambhaji. He discloses how Anaji Pant tried to lure Akbar in Sambhaji's absence. 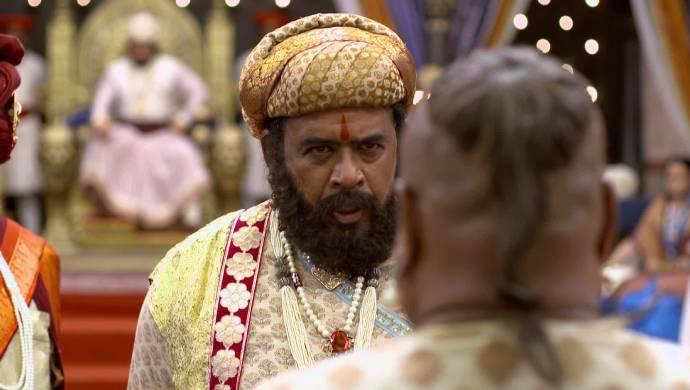 In the recent episode of Swarajyarakshak Sambhaji, Anaji Pant denies knowing the attar seller. As he says this, his wife Kaveribai steps forward and admits to recognising him. She presents the attar which Anaji Pant brought from the seller. Anaji Pant’s brother instantly intervenes and says it was Parshu who brought the attar in the house. Pant is furious at his wife for going against him but she fights back saying she respects Swarajya more than her husband. Anaji Pant says that Kaveribai is mentally compromised hence she is speaking ill of him.

Sambhaji intervenes and calls another surprising witness to testify against Anaji Pant. This person is none other than Durgadas Rathore. Kaviraj begins by asking Durgadas if he knows Anaji Pant and his supporters. Durgadas says he knows them very well as they had come to Akbar’s palace. From Durgadas, it is revealed that Anaji Pant made a fake council of Ashta Pradhan members. In truth, these members do not hold any position as they had told Akbar and Durgadas.

The Rajput leader discloses in front of everyone that Anaji Pant got the fake Ashta Pradhan members after Akbar asked to know the people who were against Sambhaji. Anaji Pant keeps denying these claims by calling Durgadas a liar but no one listens. Durgadas says Anaji Pant got a letter which claimed to give half of Swarajya to Akbar. This letter had Soyrabai’s stamp on it.

Meanwhile, Sambhaji shames Balaji Pant whose actions truly surprised him. He asks the criminals what made them readily give away half of Swarjya built by Shivaji Maharaj to an outsider.