In Swarajyarakshak Sambhaji, Kondaji Baba tries to make Siddi talk about his meeting with Aurangzeb. 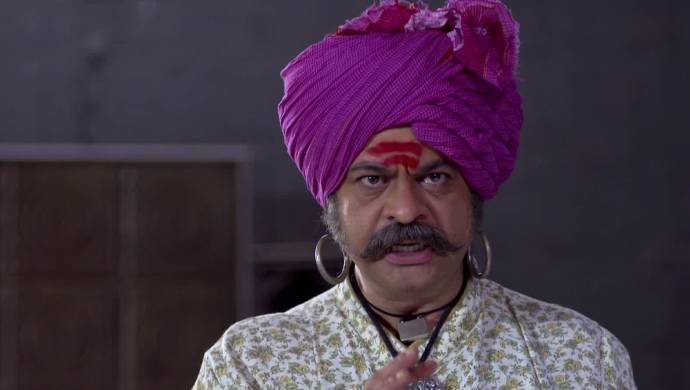 In the recent episode of Swarajyarakshak Sambhaji, Aurangzeb warns Siddi about Sambhaji’s men. He asks Siddi to be alert and collect as many men as possible against Sambhaji. Siddi and Aurangzeb want to forcefully make people change their religion to Islam. He compliments Siddi for doing it successfully and promises to give the latter  Raigad as a gift if they win it. A flattered Siddi praises Aunragzeb’s generosity. Hearing this makes Kondaji Baba furious internally and worries him about Swarajya.

Raje’s spies, at Janjira, are anxious about Kondaji Baba and Raje’s mission. They are deciding whether to bomb Janjira in Siddi’s absence or wait for Kondaji Baba’s return. Finally, they decide to follow Raje’s orders and wait for Kondaji Baba to return. Meanwhile, Kondaji Baba taunts Siddi for not taking him for his meeting with Aurangzeb. But, Siddi doesn’t reveal anything to Kondaji Baba, rather just says that Aurangzeb wants to kill Sambhaji. As Siddi leaves, Kondaji Baba sits outside the tent and plans ways of taking over Janjira.

Sambhaji gets news of Siddi and Aurangzeb’s meeting from Bahirji Naik. On hearing this, Raje is prepared to fight both, Siddi and Aunragzeb, at once while hoping that Kondaji Baba is not captured by Aurangzeb.