In Swarajyarakshak Sambhaji, Siddi and Aurangzeb meet and discuss the ways to tackle their mutual enemy. 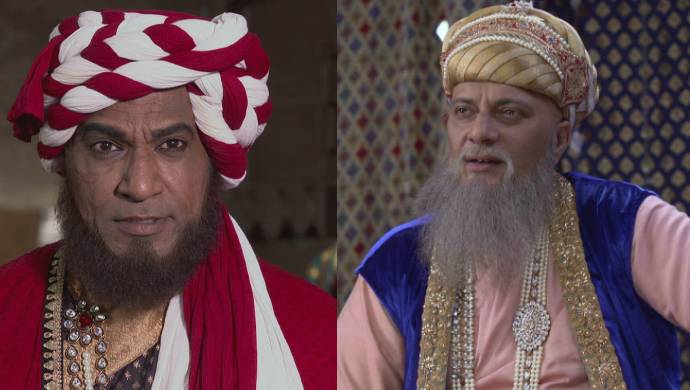 In the recent episode of Swarajyarakshak Sambhaji, Yesubai is disturbed to see Raje postpone the campaign and she asks Raje the reason behind this important decision. Yesubai rightly predicts that Raje is hiding something but he doesn’t reveal anything to her. She believes that Siddi and Kondaji Baba’s absence from Janjira was a good opportunity to attack the fort, but Sambhaji keeps mum and goes to his chambers. Siddi takes Kondaji Baba’s advice and carries a Quran on his head as he doesn’t want to bow in front of Aurangzeb.

Aurangzeb is boasting in front of everyone that Siddi is going to kiss his feet and become his slave. Aurangzeb says that he awaits the day, after Siddi, when Sambhaji will bend. It boosts Aunragzeb’s ego that Siddi, who has never bent in front of anyone, is bowing to him. Seeing Siddi enter with a Quran on his head makes Aurangzeb furious. He shows his disappointment in Siddi by turning away from him.

Siddi quickly realises Aurangzeb’s disappointment and says he doesn’t mean any harm. Then, he introduces Kondaji Baba to Aurangzeb who speaks about Sambhaji’s immaturity. Meanwhile, in Kondaji Baba’s absence, Lavangi Bai is missing him and is blushing after applying vermilion on her forehead.

At Raigad, everyone is wondering the reason behind cancelling the secret mission to Janjira. Sambhaji’s men have their own predictions about why Raje must have taken this decision. Meanwhile, Raje and Bahirji Naik decide to postpone the date to blast Janjira.